Official data showed that pollution had reached "hazardous" levels across Sydney, with the highest readings of PM 2.5 particulates in the city's northwest reaching 186 parts per million on the air quality index -- comparable to Delhi -- and residents warned to avoid outdoor exercise.

Six people have been killed and hundreds of homes destroyed in bushfires across New South Wales and Queensland since the September start of the fire season, which peaked last week causing widespread devastation.

Cooler weather brought some respite for firefighters in recent days, but higher temperatures, gusting winds and low humidity are expected to raise the bushfire threat again on Wednesday.

More than 110 fires are currently burning across Australia's east, with dozens of the blazes still uncontained.

In South Australia state, a ban on lighting fires is in place ahead of predicted "catastrophic" fire danger on Wednesday, when temperatures are expected to soar to about 40 degrees Celsius (104 degrees Fahrenheit).

Bushfire-prone Australia has experienced a horror start to its fire season, which scientists say is beginning earlier and becoming more 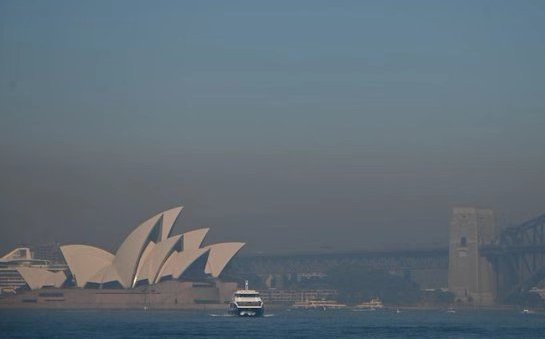