WORLD Smollett expected at hearing to discuss cameras in courtroom

Smollett expected at hearing to discuss cameras in courtroom 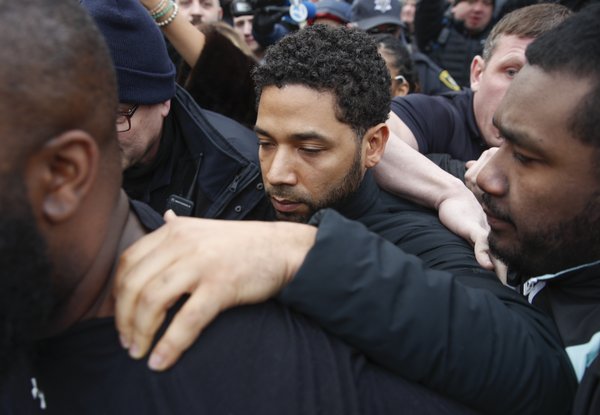 “Empire” actor Jussie Smollett is expected at a Chicago hearing to discuss whether cameras will be allowed in the courtroom during his disorderly conduct case.

A spokeswoman for Smollett’s attorneys says the actor is expected to attend Tuesday’s hearing in Cook County criminal court.

A grand jury indicted Smollett last week on 16 felony counts accusing him of lying to the police about being the victim of a racist and homophobic attack by two masked men in downtown Chicago.

Police allege that Smollett, who is black and gay, staged the Jan. 29 attack because he was unhappy with his salary and wanted to promote his career. He is free on bond and has another hearing scheduled for Thursday.

Smollett’s attorneys have called the charges “prosecutorial overkill” and say the actor maintains his innocence.