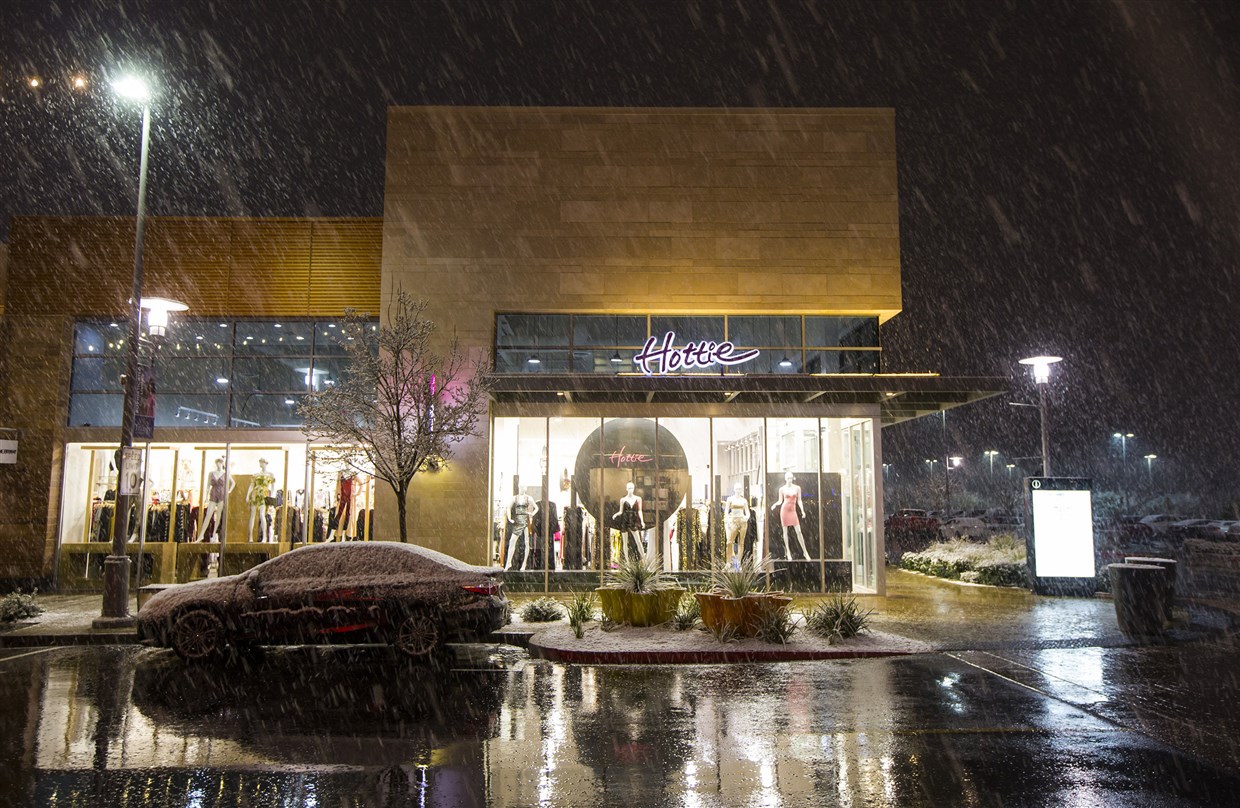 A winter storm brought rare snowfall to the Las Vegas Strip, dusting casino marquees and prompting revelers to erect a snowman near the famous “Welcome to Las Vegas” sign.

Some suburban foothill areas were pillowy white after getting several inches of snow.

Meteorologist Chris Outler said it was much less than the 3.6 inches (9.1 centimeters) recorded at the airport on Dec. 17, 2008.

The snow snarled flights at the airport and traffic on highways.

“We don’t have snowplows,” airport spokeswoman Christine Crews said as she tallied about 100 flight cancellations due to snow and ice. “But we have airfield maintenance vehicles and sweepers ready to go.”

Attorney Al Lasso, who moved to Las Vegas from New Jersey 25 years ago, snapped a photo of a ruler standing in 7 inches (17.8 centimeters) of snow on his back patio in the foothill community of Summerlin.

“When it snows in New Jersey, everyone stays inside. When it snows in Las Vegas, everyone goes outside and makes snow angels,” Lasso said during his slow, 15-mile commute into the city. “A lot of people have never seen snow here.”

Forecasters say the snow amounts could reach 3 inches by Friday on western and southern outskirts of the city, but rain could reduce accumulation.

Las Vegas schools were open and the Nevada Highway Patrol said some areas had snow and ice but highways were also open.

“We have tons of crashes, just like if it was raining,” Trooper Jason Buratczuk said during the morning commute. “The roads are wet. It’s coming down pretty good.”

Buratczuk said he saw almost a foot of accumulated snow in some suburban areas, and chains were required for vehicles on the main highway through a mountain pass between Las Vegas and Pahrump.

Las Vegas recorded a trace of snow on Feb. 10 as several storms moved through the region earlier this month. Some suburban foothill areas got several inches of snow on Sunday.