Heavy snow covered the streets of Tehran on Sunday, causing major flight delays and forcing the closure of schools, authorities in the Iranian capital said. 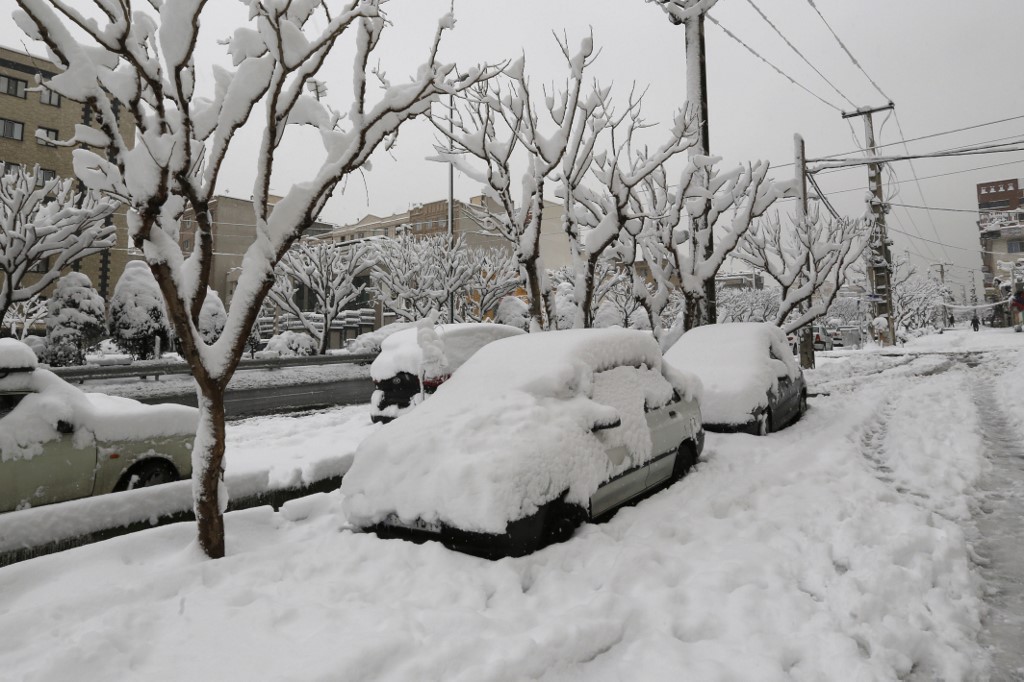 AFP correspondents said the snow started falling early in the morning and disrupted the flow of traffic on some of the city's main highways.

"We knew that it would snow as of last night and that it naturally affects traffic," head of Tehran's traffic police Mohammadreza Mehmandar told state television.

"On some highways in the north (of Tehran) there was a bit of ice... and accidents were responded to quickly," he added.

Schools in all the districts of Tehran city and some parts of the province were closed in both morning and the afternoon due to the heavy snowfall.

The snow dump caused long delays to flights to and from Tehran's Mehrabad International Airport.

"Flights at Mehrabad will go ahead but with delays due to the lack of proper vision," said Reza Jafarzadeh, spokesman for Iran's aviation authority.

But flights were still going according to schedule at Imam Khomeini International Airport, also in Tehran, he added.