A winter storm blanketed much of the central Midwest of the United States with snow on Sunday at the end of the Thanksgiving weekend. The blizzard-like conditions grounded hundreds of flights and forced the closure of major highways on one of the busiest travel days of the year. 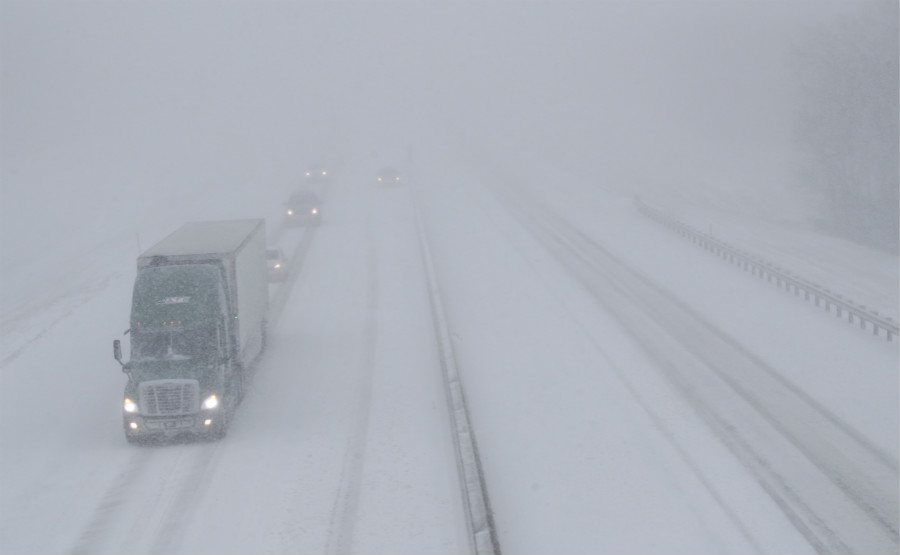 Pedestrians walk along a snow-covered street in Kansas City, Mo. on Sunday, Nov. 25, 2018. Blizzard-like conditions have closed highways and delayed air travel as a winter storm moves across the Midwest. (Photo: AP)

With much of the central plains and Great Lakes region under blizzard or winter storms warnings, roughly 600 flights headed to or from the US had been canceled as of 2 pm Sunday, according to the flight-tracking website FlightAware.

Most were supposed to be routed through Chicago or Kansas City — areas forecast to be hit hard by the storm.

Strong winds and snow created blizzard conditions across much of Nebraska and parts of Kansas, Iowa and Missouri. The National Weather Service warned that those conditions would make travel difficult in places.

By mid-day, the blizzard warning was extended to parts of eastern Illinois near Chicago, where snow is forecast to fall at a rate of about 2 inches (over 5 centimeters) per hour.

Other parts of the central plains and Great Lakes region were under a winter storm warning, that could see a foot (30 centimeters) or more of snow dumped in some places by the end of the day.