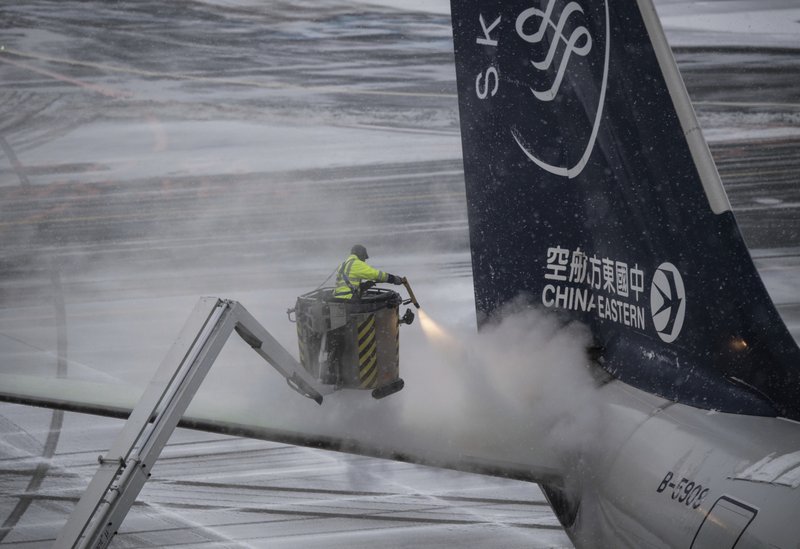 Heavy snow in Germany is being blamed for two deaths, several accidents and dozens of canceled airline flights.

The German news agency dpa reported that an 86-year-old woman died in Uelzen in Lower Saxony on Sunday when a car veered on a slippery road and crashed into another vehicle traveling in the opposite direction.

Police said an 83-year-old man with dementia froze to death in Koelleda in eastern Germany. Officers found his body in the snow on the side of a road near the nursing home where he was living and think he might have gotten lost.

In Frankfurt, more than 80 flights had to be canceled Sunday because of the weather. Several high-speed ICE trains were ordered to slow down in central and southern Germany because of the snow.