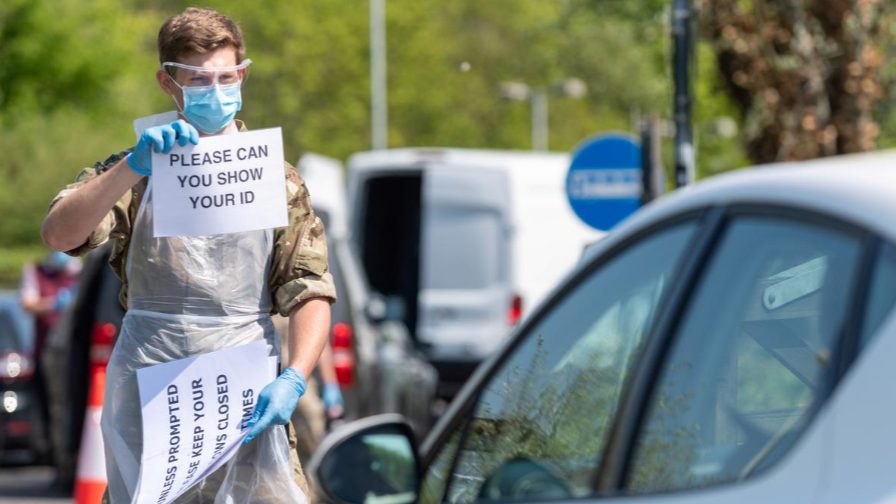 A new study revealed that social distancing during the six weeks of the first wave of the COVID-19 pandemic has reduced infection rates by up to 45 percent in Europe, according to a press release from the University of Southern Denmark on Thursday.

"In these smartphone times, we have access to so much data that we can monitor pandemics in a completely new and more accurate way," said Francesco Sannino, professor of theoretical physics at the University of Southern Denmark.

Sannino worked on the study in association with colleagues Giacomo Cacciapaglia and Corentin Cot at the University of Lyon in France.

According to the new study using mobility data provided by Google and Apple, the inhabitants of Italy, France, Portugal, and Spain had the lowest mobility, and infection rates fell by an average of 30 percent during the six weeks monitored.

However, Sweden proved an anomaly. The Scandinavian country experienced a reduction in the infection rate of the same order of magnitude as Italy, France, Portugal, and Spain, despite having a far more mobile population.

The researchers accounted for the discrepancy by suggesting that a certain degree of social distance consensus must have arisen within the Swedish population.

The study warned that though the calculations may show a reduced rate of infection during the six weeks monitored, it does not mean there will be fewer cases of COVID-19.

"The reduction means that the curve for infection cases is longer to reach the maximum, it does not necessarily affect the total number, which is an independent amount."