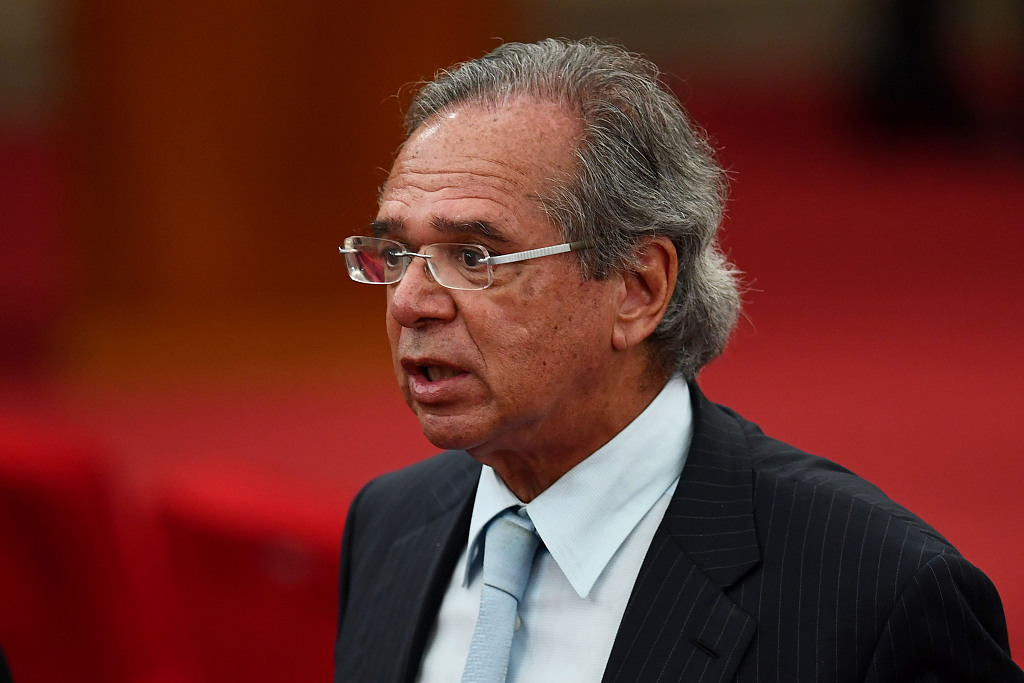 "Brazil is like a whale which has been harpooned several times, is bleeding and stopped moving. We need to take off those harpoons and fix what is broken," Guedes said during a congressional hearing. "Regardless of right or left wings, we need to fix the Brazilian economy."

The Brazilian economy has grown an average 0.6 percent per year in the past eight years, and is unable to recover without the social security reform, Guedes said when answering questions about the reform bill the government presented to the Congress earlier this year.

Under the proposed reform, Brazilians will have to work for a minimum of 40 years to retire with a full pension. The minimum retirement age for male civilians is 65 while that for civilian women is 62.

While the government considers the reform essential for the Brazilian economy to resume growth, critics say that workers will not even be able to enjoy retirement as in poorer regions, life expectancy barely surpasses 65. Enditem