SANTIAGO, Dec. 18 (Xinhua) -- Some two months of nationwide protests against inequality and the high cost of living in Chile have taken their toll on the South American nation's economy, Chilean experts have said. 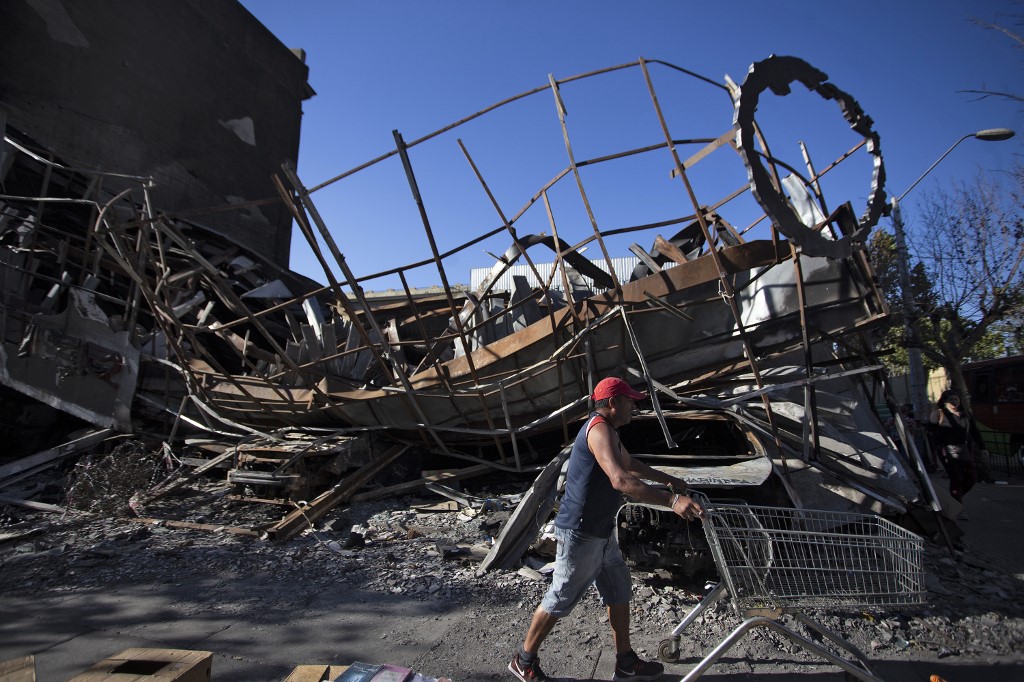 A man looks at rubble after a fire caused by protesters in Valparaiso, Chile, on December 11, 2019. (File photo by AFP)

Manuel Agosin, an economics professor at the University of Chile, said that when protests broke out in October, the economic growth forecast for 2019 was between 2 percent and 2.5 percent.

On Dec. 5, the Central Bank of Chile also slashed its economic growth forecast to 1 percent from an earlier projection of 2.25-2.75 percent in September.

Economic activity in October fell 3.4 percent compared to the same month last year, registering the worst performance since the 2008 global financial crisis, according to the central bank.

The stock exchange has since shown signs of recovery, as has the peso, as protests wind down and the government tries to respond to people's demands, including a new Constitution to address social inequalities.

Chileans are expected to vote on the new document in 2020, with an initial plebiscite set to take place in April.

The current Constitution was adopted in 1980 during the ruling of Augusto Pinochet.

Protests were sparked by a hike in subway fares in Santiago and quickly spread throughout the country, fueled by anger at Chile's inability to distribute the country's wealth, leading to growing inequality.