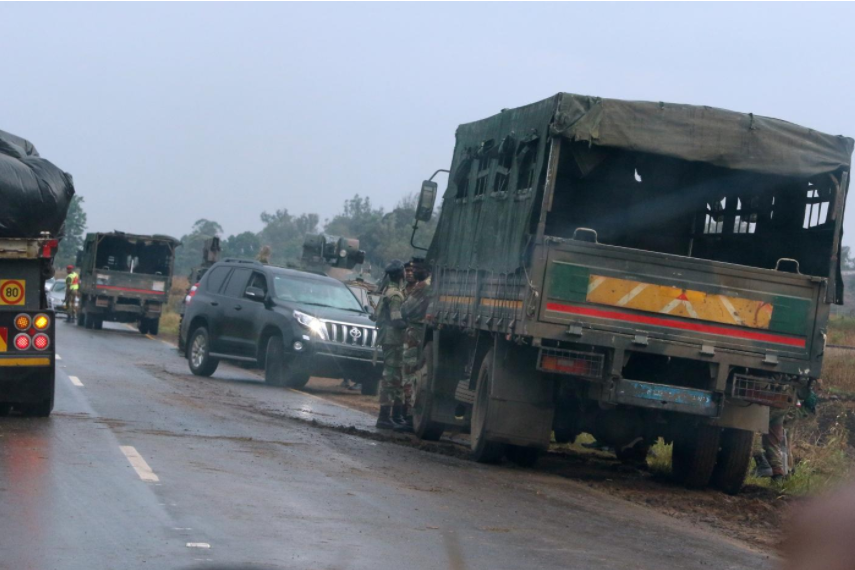 Soldiers deployed across the Zimbabwe capital Harare and seized the state broadcaster on Wednesday after 93-year-old President Robert Mugabe’s ruling ZANU-PF party accused the head of the military of treason, prompting frenzied speculation of a coup.

Just 24 hours after military chief General Constantino Chiwenga threatened to intervene to end a purge of his allies in Mugabe’s ZANU-PF, a Reuters reporter saw armored personnel carriers on main roads around the capital.