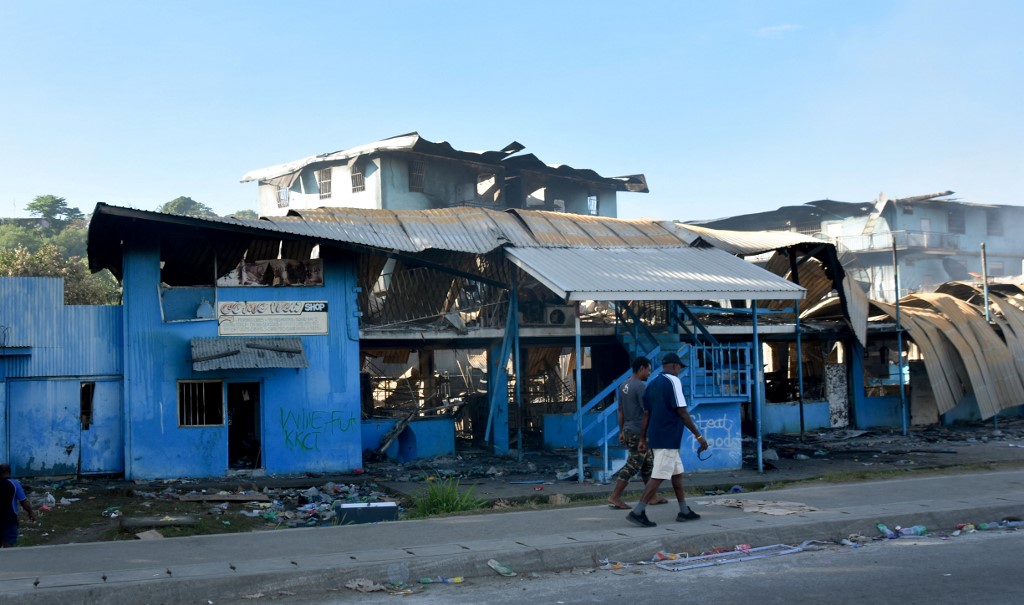 People walk past burnt-out buildings in Honiara on November 27, 2021, as a tense calm returned after days of intense rioting that left at least three dead and reduced swathes of the city to smouldering ruins. (Photo: AFP)

The prime minister of the riot-hit Solomon Islands vowed Sunday to defy pressure to resign, saying violence that swept the capital had been orchestrated by a few people with "evil intention" to topple him.

"It is very clear that the recent events were well planned and orchestrated to remove me as the prime minister for unsubstantiated reasons," Prime Minister Manasseh Sogavare said in an address broadcast to the Pacific island nation.