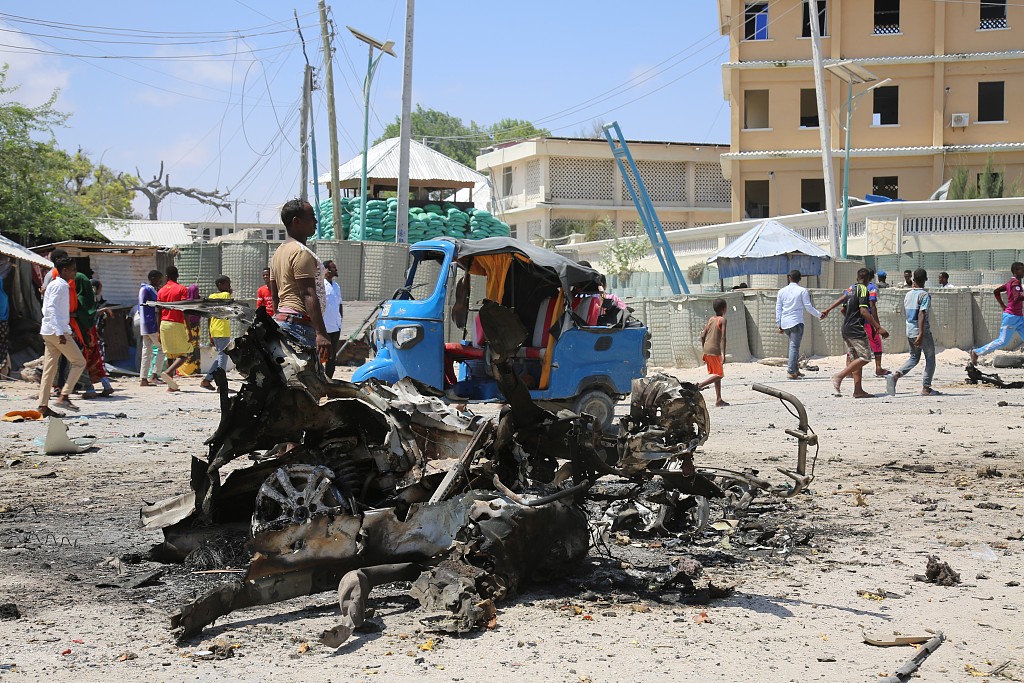 Explosion site is seen after a terror attack carried out by Al-Qaeda-affiliated terrorist group al-Shabaab with a bomb-laden vehicle near two ministry buildings in the Somalia capital Mogadishu which killed at least 5 people on March 23, 2019. (Photo: VCG)

MOGADISHU, March 23 (Xinhua) -- Somali government on Saturday mourned the death of deputy minister for labor and social affairs Saqar Ibrahim Abdalla who was among six people killed in the car bombing attack in Mogadishu.

The prime minister also condemned the terrorist attack and vowed to defeat extremism.

A security officer said five al-Shabab attackers were killed during the operation, adding that gunfire was heard at the building housing the two ministries.

The al-Shabab, an al-Qaida linked terrorist group, claimed responsibility for the attack, claiming one of its fighters entered the two buildings with a car laden with explosives and carried out the attack.

The latest attack came as Somali security forces are vacating their military bases in protest of unpaid salaries, stoking fear among the residents that the al-Shabab may take over the abandoned bases.

However, the government refuted such allegations, saying the soldiers are paid regularly and on time, adding that soldiers who have not received their salaries refused to register themselves under biometric system which was put in place to weed out fraud.