Somalia's president says at least 100 people were killed in Saturday's two car bombings at a busy junction in the capital and the toll could rise. 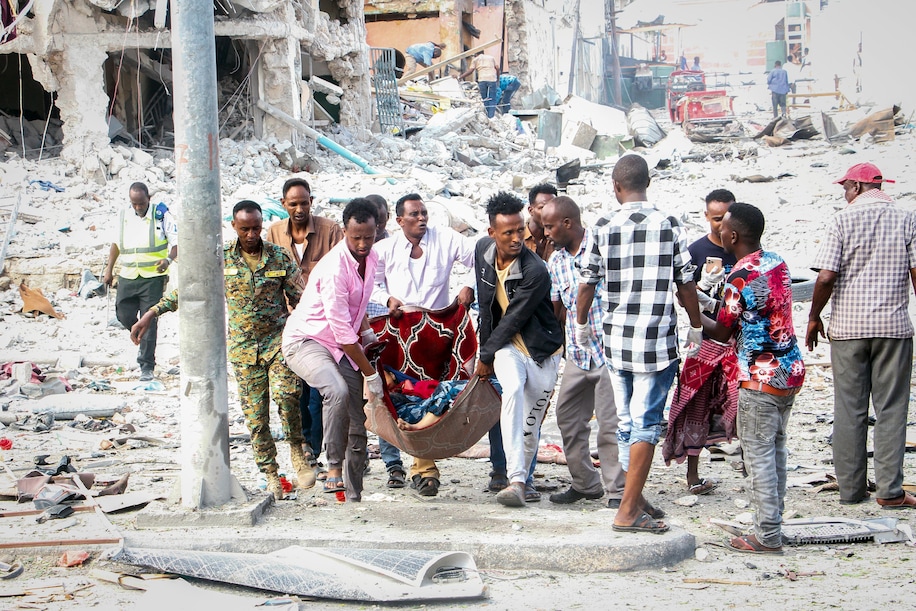 Rescuers remove a seriously-injured body from the scene of a double car-bomb attack in the capital Mogadishu, Somalia Saturday, Oct. 29, 2022. (Photo: AP)

President Hassan Sheikh Mohamud in a statement at the site of the explosions told journalists early Sunday that nearly 300 other people were wounded.

It was the deadliest attack in Somalia since a truck bombing at the same spot in October 2017 killed more than 500 people.

Somalia's government has blamed the al-Qaida-linked al-Shabab extremist group, which often targets the capital. The group doesn't make claims of responsibility when large numbers of civilians are killed.

Somalia's president, elected this year, said the country remained at war with al-Shabab "and we are winning." The government, along with militia groups, has been engaged in a new offensive against the extremists who hold large parts of the country.