WORLD Some 1.6 mln people in US tested for COVID-19, given results: Trump

Some 1.6 mln people in US tested for COVID-19, given results: Trump 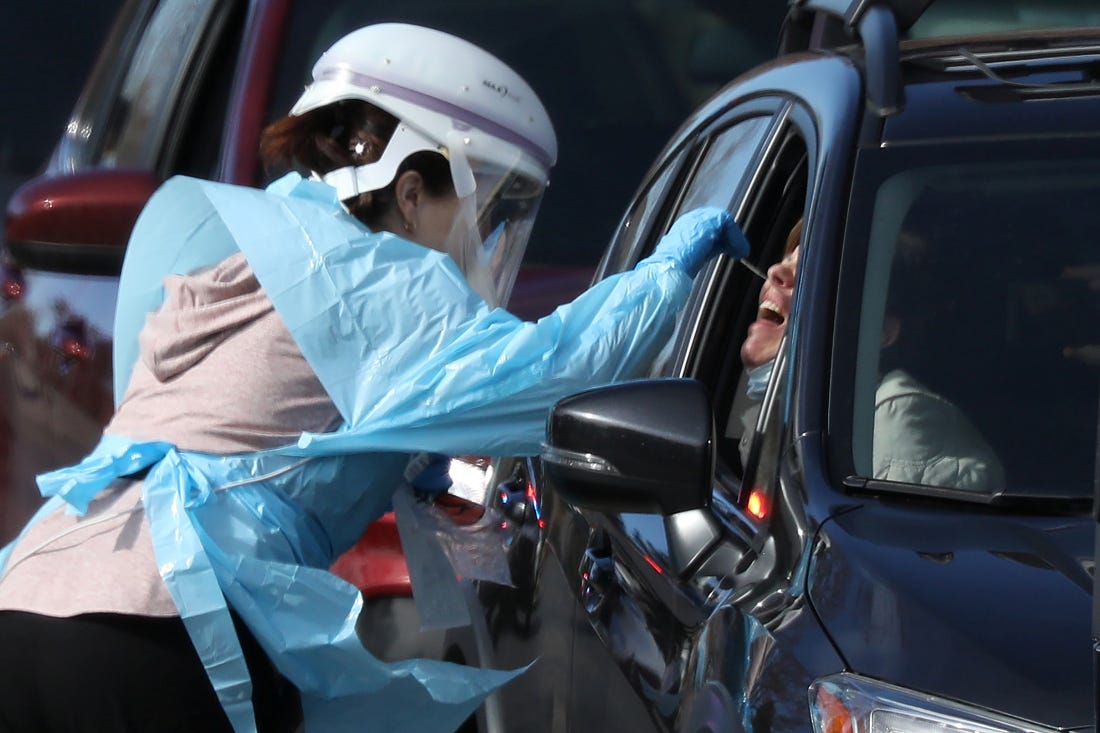 WASHINGTON, April 5 (Xinhua) -- U.S. President Donald Trump claimed Sunday that some 1.6 million people in the United States have been tested for COVID-19 and received results.

Trump, who made the remarks during the White House Coronavirus Task Force news briefing, said that by Tuesday, 3,000 military and public health workers will have been deployed across the nation to cope with the pandemic.

Trump broke down into specific numbers a total of 1,700 ventilators the government has distributed to some states through the Federal Emergency Management Agency -- 500 to New Jersey, 200 to Louisiana, 600 to Illinois, 100 to Massachusetts, and 300 to Michigan.

Trump said the federal government on Monday will send some 600,000 N95 respirators to New York State, the national epicenter of the coronavirus outbreak where the fatality rate has, however, dropped. The government will also send some 200,000 N95 masks to Suffolk County, Long Island.

Trump reiterated that days ahead will be tough for Americans as the virus continues to spread. "This will probably be the toughest week between this week and next week, and a lot of death, unfortunately."

"The U.S. will reach a horrific point in terms of death," Trump said, while voicing his optimism that "it will be a point where things will start changing for the better."