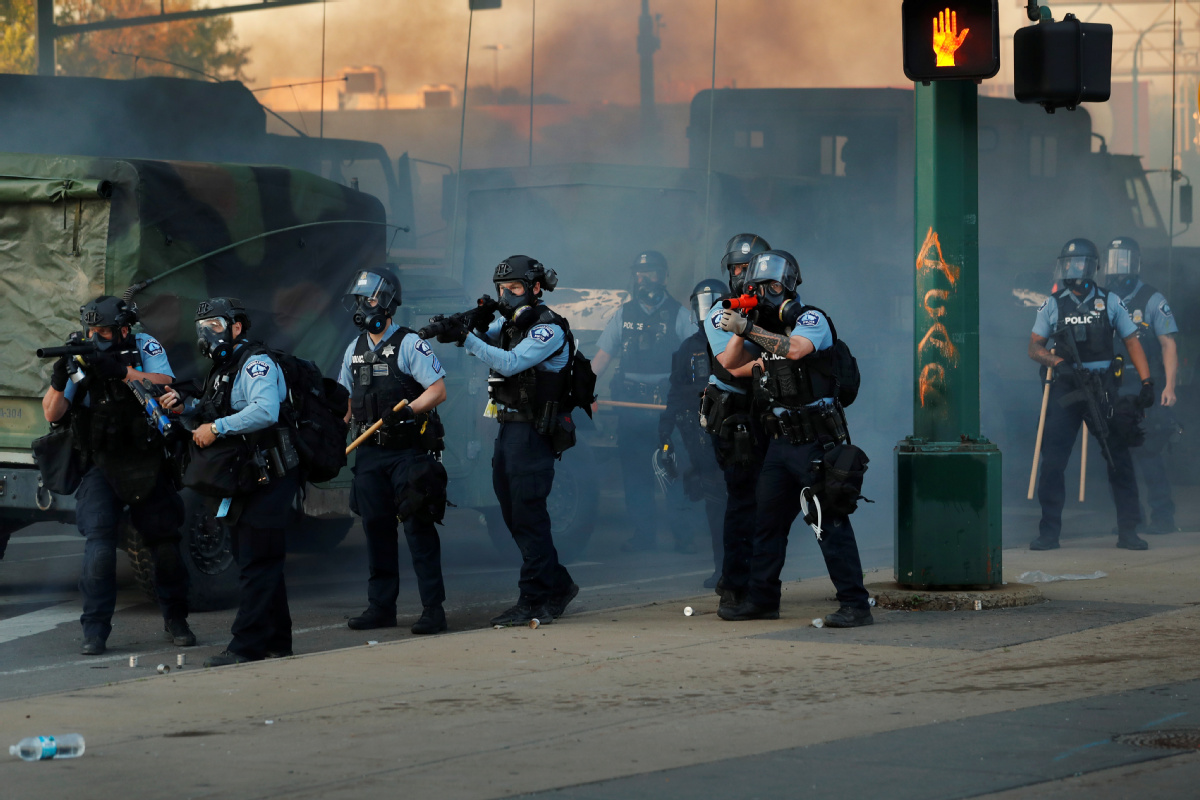 Tensions flared after a generally peaceful demonstration on Friday afternoon. In the borough of Brooklyn, people clashed with officers and a police van was set on fire with some other vans vandalized. In another location, protesters threw water bottles at police, according to videos circulating online.

Some 200 arrests were made, mostly with minor charges. Some officers were injured, The New York Times reported.

New York City Mayor Bill de Blasio, who permitted protests for Floyd's death during the COVID-19 pandemic and called on people to do it peacefully, said on Twitter Friday night that there would be a "full review" of what happened.

"We don't ever want to see another night like this," said the mayor. "Please remember that we're in the middle of a pandemic. We have to do all we can to protect each other. Everyone out there has a responsibility."

On Thursday, over 70 people were arrested during a demonstration for the same purpose in Manhattan.

Floyd, a 46-year-old black man in Minneapolis, died in custody on Monday after a white officer held him to the ground with a knee on his neck for around 8 minutes. Floyd's death has sparked protests across the United States.