WORLD Some Trump allies starting to worry about investigations

Some Trump allies starting to worry about investigations

President Donald Trump's intensifying legal troubles are unnerving some of his fellow Republicans. Despite his brash stance, they believe the turmoil has left him increasingly vulnerable as he gears up for what is sure to be a nasty fight for re-election. 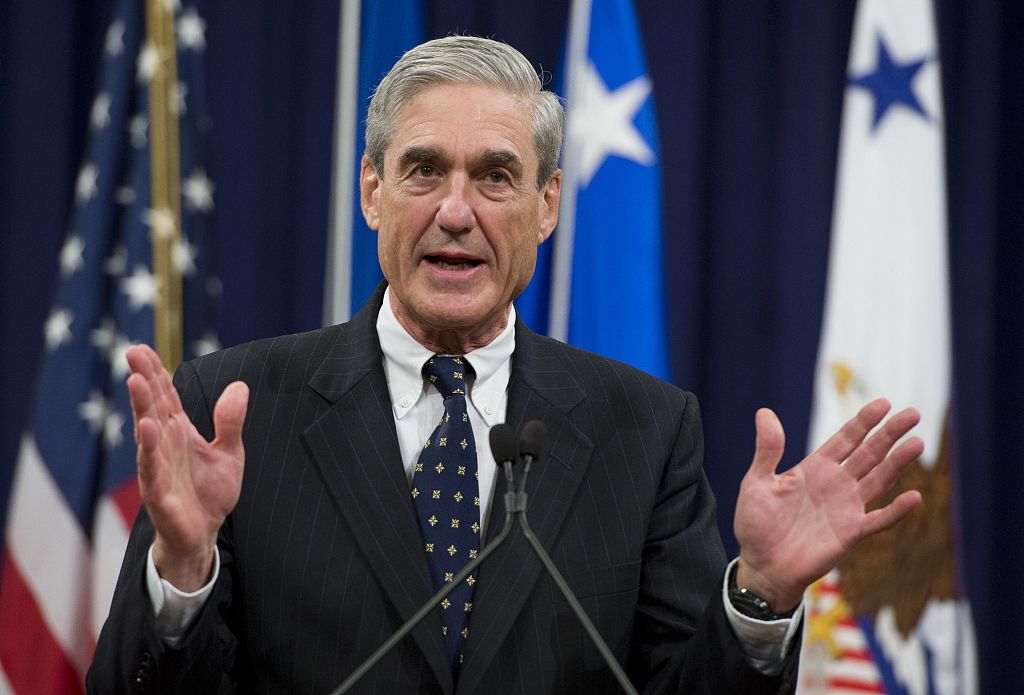 Trump mocks the investigations into his conduct as candidate and president as a "witch hunt" and insists he will survive the threats.

But a shift began to unfold over the weekend after prosecutors in New York for the first time linked Trump to a federal crime of illegal hush payments. That left some of his associates fearful that his customary bravado is unwarranted. For some Republicans, the implication that the president may have directed a campaign finance violation, which would be a felony, could foreshadow a true turning point in the Republican relationship with him when special counsel Robert Mueller releases his report on the Russia investigation.

"I'm sure there's going to be a lot more that's going to come out from the Southern District (of New York) and from, at some point, from the Mueller investigation as well," Sen. John Thune of South Dakota, the chamber's incoming No. 2 Republican, said Monday. "What they're implying there, obviously, is something I assume at some point the president will have an opportunity to respond to."

Thune continued, "Campaign finance violations are something that ... they are serious matters, but obviously it depends a little bit on how it gets treated."

As the legal drama plays out, political challenges that could threaten Trump's re-election are piling up.

Republicans are still coming to terms with their drubbing in last month's House elections and looking for someone to blame. The departure of John Kelly as White House chief of staff has set off a disorganized search for a replacement who could stay in the job through the 2020 campaign. After Trump's top choice, the vice president's chief of staff Nick Ayers, passed on the job, few of the remaining candidates have political experience.

Also, Democrats will soon take control of the House of Representatives, wielding subpoena power and potentially exploring impeachment proceedings. Meanwhile, financial markets have been jittery, in part because of Trump's trade wars and concerns that higher borrowing costs could ultimately trigger a recession.

Facing pressure from Mueller and an impending onslaught of Democratic investigations, Trump could hew even further to the right, catering exclusively to the base of voters he is concerned about losing, according to a Republican close to the White House who has consulted on the early re-election efforts. That instinct would echo the president's double-down, scorched-earth response to the crises that hit his 2016 campaign, including the "Access Hollywood" tape about forcing himself on women, and could make it harder to woo the independent voters or disaffected Democrats he may well need.

Could Trump face a primary election challenge from within his own party? He doesn't seem concerned.

The president is eager to unleash his re-election machinery and begin to collect pledges of loyalty from across the GOP to quell any hint of an insurrection, according to a campaign official and a Republican familiar with the inner workings of the campaign but not authorized to speak publicly.

The Trump team has discussed the possibility of a challenge from someone such as outgoing Ohio Gov. John Kasich or Arizona Sen. Jeff Flake. A week after the midterm elections, Kasich traveled to New Hampshire for a public speech and private meetings with prominent Republicans.

Flake, who has tangled repeatedly with Trump, isn't making any personal commitment, but his feelings about a challenger are clear.

"Somebody needs to run" against Trump, he said Monday. "I hope somebody does."

While some Democrats eying the White House are expected to announce campaigns in the first few weeks of 2019, a Republican challenger could move more slowly, according to two GOP operatives who have been involved in hypothetical discussions about taking on Trump. Waiting until early spring, for example, could give Republicans time to assess whether Trump will be weakened by Mueller's investigation or a downturn in the economy.

One leading House Republican said the situation surrounding Trump remains volatile and has urged colleagues to wait for the Mueller report, which some believe could emerge early next year. That Republican, who demanded anonymity to assess the situation candidly, has urged fellow GOP lawmakers to not defend the indefensible but to also not believe every charge. The lawmaker expressed hope that the special counsel's findings come out sooner rather than later so there will be more time before the 2020 elections.

For all the private and not-so-private party worries, many close to Trump predict he not only will survive the Russia investigation but will be re-elected in two years. They point to his remarkable ability to shake off scandal, the sway he continues to hold over his base of GOP voters, the fear his Twitter account has instilled among many Republican elected officials and what they believe is the lack of top-shelf talent among Democrats who could face him in 2020.

Echoing the president, they contend the special counsel has come up empty-handed in his efforts to prove Russian collusion and is ready to settle for a campaign finance charge they believe is minor and will be ignored or not understood by most voters.

The president has said the lesson of the 2018 midterms is that Republican candidates abandon him at their own peril. And the Republicans who remain in Congress after that election aren't likely to back away from him.

"Remember that the Republicans who are left have won in fairly solid Republican, Trump districts," said moderate Rep. Ileana Ros-Lehtinen of Florida, who is retiring. "So he is very popular with the base. I would not think that they would want to distance themselves or have any fear of associating with him."