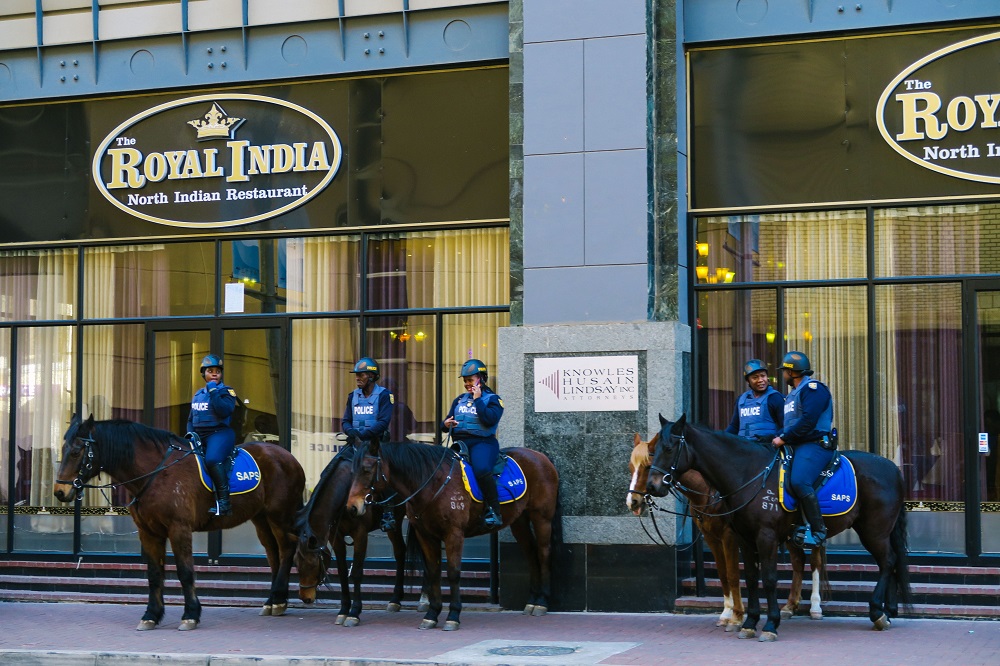 Mounted police patrol outside the Sandton Convention Center on Tuesday in Johannesburg, South Africa. The 10th BRICS summit will be held in Johannesburg on July 25-27. (Photo: Li Hao/Global Times)

Johannesburg (People’s Daily) – A day ahead of the 10th BRICS summit, preparations for the event are still under way at the Sandton Convention Center in the biggest city of South Africa.

On West Street, where the convention center is located, banners of the summit have been put up to welcome the summit participants. Traffic measures have also been taken around the venue to facilitate  smooth access for the delegates.

“We are in a state of readiness. We are confident that it will be a resounding success,” Lindiwe Sisulu, South African Minister for International Relations and Cooperation, told reporters on Monday. 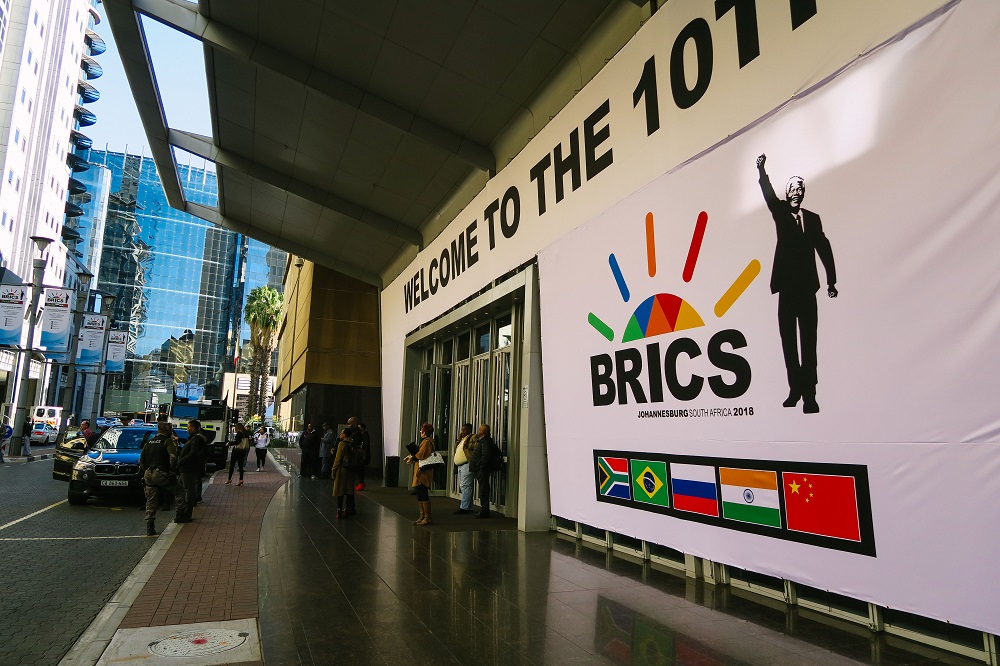 The 10th BRICS summit is to be held at the  Sandton Convention Center, Johannesburg, South Africa on July 25-27. (Photo: Li Hao/Global Times)

To be held from July 25-27, the theme for this year’s summit is BRICS in Africa: Collaboration for Inclusive Growth and Shared Prosperity in the Fourth Industrial Revolution.

South Africa is the current chair of the BRICS group, which also comprises Brazil, Russia, India and China. A number of African leaders will also attend this year’s summit, with the aim of getting the continent more involved in the BRICS grouping, according to the organizers of the summit. 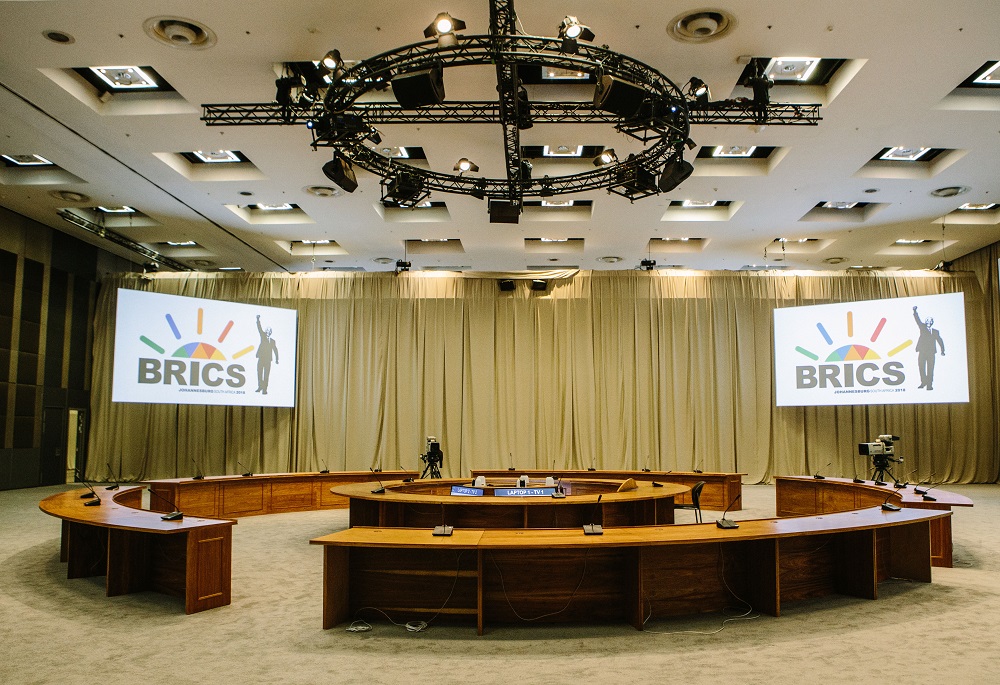 In a letter to the Sunday Times, a local newspaper, South African President Cyril Ramaphosa said he hopes to use the summit to reflect on past achievements, chart a new way for BRICS collaboration and plan out the cooperation in the future, reported CGTN.

Chinese President Xi Jinping arrived in Pretoria, which is the executive capital of South Africa, on July 23 for a state visit before attending the 10th BRICS summit. It is President Xi’s third visit to the southernmost country in Africa.

The summit will be preceded by the BRICS Business Council Forum and the Meeting of BRICS Finance Deputies, both to take place in Johannesburg on July 25.

More than 5,000 delegates will attend the summit, organizers said.

The summit will culminate in the adoption of the "Johannesburg Declaration". South Africa has proposed a handful of programs to boost cooperation in peacekeeping, healthcare and tourism. 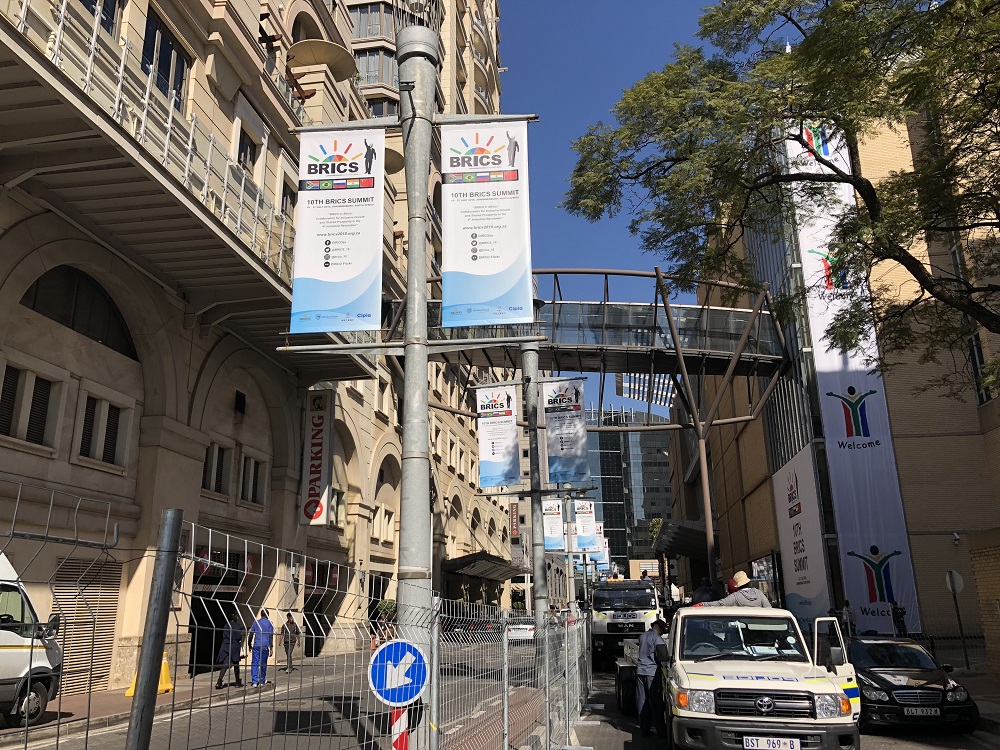 The 10th BRICS summit is to be held at the  Sandton Convention Center, Johannesburg, South Africa on July 25-27. (Photo: Du Mingming/People's Daily) 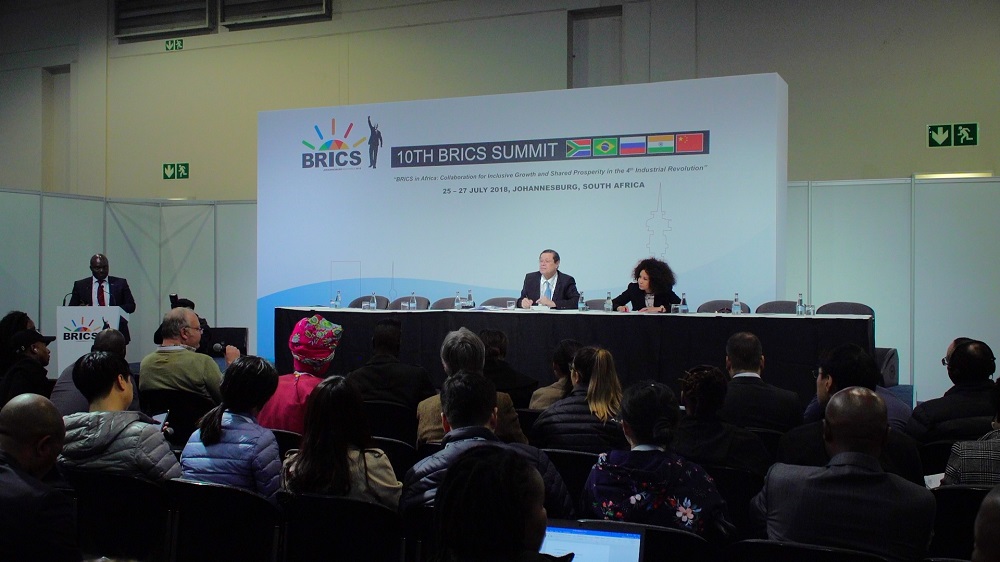