South Africa authorizes deployment of 25,000 soldiers to deal with unrest

CAPE TOWN, July 16 (Xinhua) -- South African Parliament on Friday said President Cyril Ramaphosa has informed the legislature about the authorization of 25,000 army members to fight against the ongoing unrest in the country. 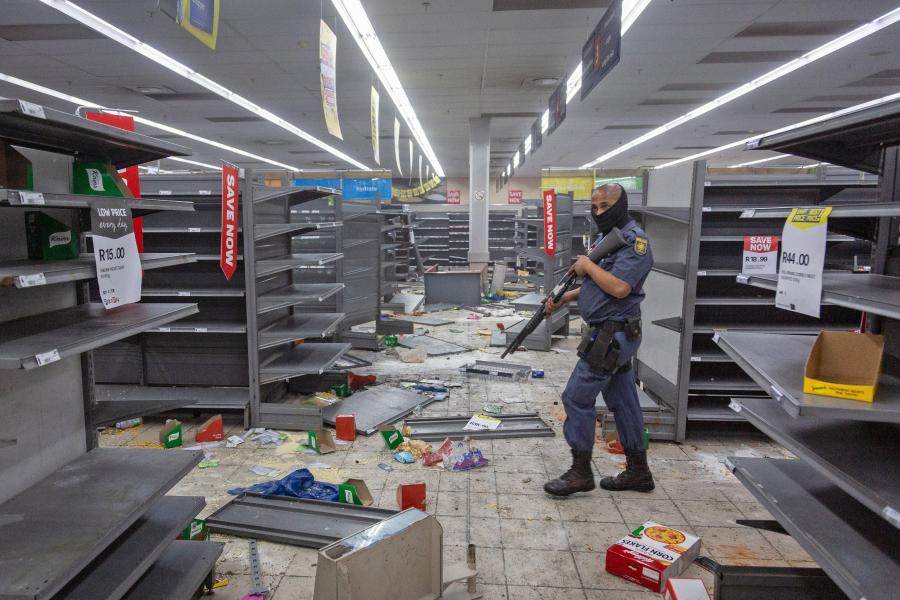 A police officer walks in a looted shop in Johannesburg, South Africa, on July 12, 2021. (Photo: Xinhua)

The deployment is effective from July 12 to August 12, 2021, and is expected to incur expenditure of 615 million rands (about 42.8 million U.S. dollars), the parliament said in a press release.

The government originally planned to deploy 2,500 members, but later submitted a request for deploying about 25,000 members to Ramaphosa for approval, in consideration of views of the president and opposition parties, defence minister Nosiviwe Mapisa-Nqakula on Wednesday virtually briefed the Joint Standing Committee on Defence of the Parliament.

The latest official figures said 212 people were killed in the past week's unrest happening in the eastern provinces of KwaZulu-Natal and Gauteng, triggered by the imprisonment of former South African president Jacob Zuma, with roads being blocked, properties and vehicles damaged and burned.

The situation is "gradually, but firmly" returning to normality since Thursday, but it remains tense in some areas in KwaZulu-Natal, the government said Friday.