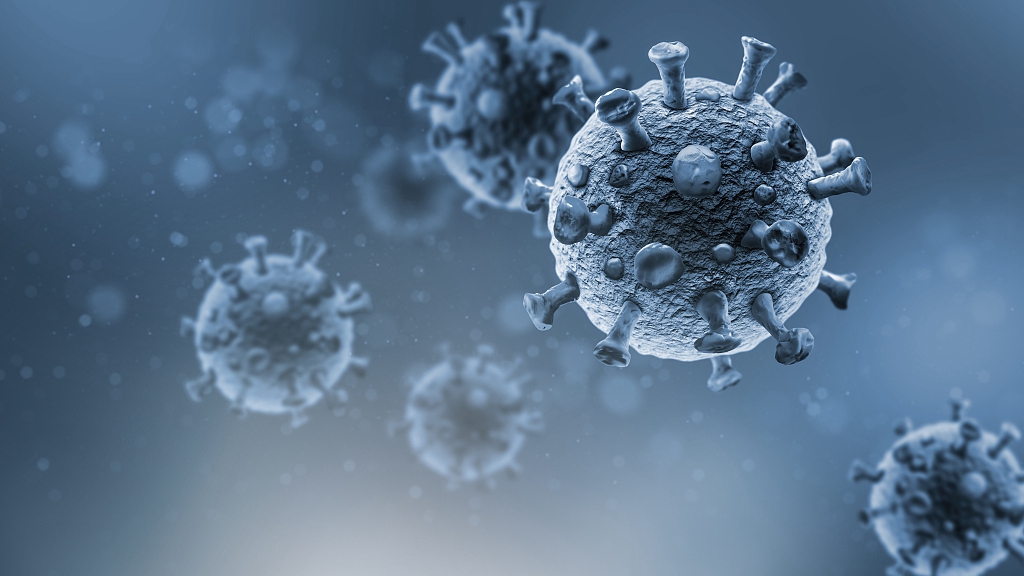 A new COVID-19 variant with multiple mutations, named B.1.1.529, was detected in South Africa earlier this week. (Photo: CFP)

Scientists in South Africa said Thursday they had detected a new COVID-19 variant with multiple mutations, blaming it for a surge in infection numbers, while the country's health minister took the variant "a major threat."

"Unfortunately, we have detected a new variant which is a reason for concern in South Africa," virologist Tulio de Oliveira told a hastily called news conference.

He said the variant, which goes by the scientific lineage number B.1.1.529, "has a very high number of mutations." "It's unfortunately causing a resurgence of infections," he said.

So far, the variant has been seen spreading, particularly among young people.

It has also been detected in Botswana and Hong Kong among travelers from South Africa, he said.

Health Minister Joe Phaahla said the variant was of "serious concern" and behind an "exponential" increase in reported cases, making it "a major threat."

Daily infections shot to more than 1,200 on Wednesday, up from around 100 earlier this month.

Before the detection of the new variant, authorities had predicted a fourth wave to hit South Africa starting around the middle of December, buoyed by travel ahead of the festive season.

The government-run National Institute for Communicable Diseases (NICD) said 22 positive cases of the B.1.1.529 variant have been recorded in the country following genomic sequencing.

It said in a statement Thursday that detected cases and the percentage testing positive are "increasing quickly" in three of the country's provinces, among them Gauteng, which includes the cities of Johannesburg and Pretoria.

A cluster outbreak was recently identified, concentrated at a higher education institute in the capital Pretoria, the NICD said.

Last year South Africa also detected the Beta variant of the virus, although until now its infection numbers have been driven by the Delta variant, which was originally detected in India.

The country has the highest pandemic numbers in Africa with around 2.95 million cases, of which 89,657 have been fatal.

Britain on Thursday said it was concerned by the newly identified variant that might make vaccines less effective and imperil efforts to fight the pandemic.

The UK Health Security Agency (UKHSA) said the variant has a spike protein that was dramatically different to the one in the original coronavirus that COVID-19 vaccines are based on.

"This is the most significant variant we have encountered to date and urgent research is underway to learn more about its transmissibility, severity and vaccine-susceptibility," UKHSA Chief Executive Jenny Harries said.

The country announced it was temporarily banning flights from South Africa, Namibia, Botswana, Zimbabwe, Lesotho and Eswatini from 1200 GMT on Friday, and that returning British travelers from those destinations would have to quarantine.

Javid said more data on the variant was needed, but the travel restrictions were necessary as a precaution.

The World Health Organization (WHO) is scheduling a special meeting Friday to discuss the new variant.

"The concern is that when you have so many mutations, it can have an impact on how the virus behaves," Dr Maria Van Kerkhove, WHO's technical lead on COVID-19, said in a Q&A that was livestreamed on the organization's social media channels.

"Right now, researchers are getting together to understand where these mutations are in the spike protein and the furin cleavage site, and what that potentially may mean for our diagnostics or therapeutics and our vaccines," she said.