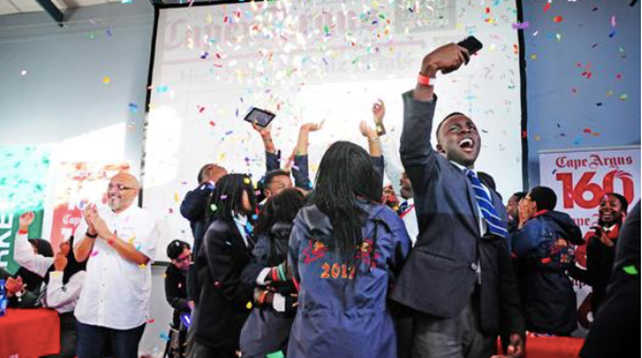 Independent Media’s Daily News, Pretoria News, The Star and Cape Argus newspapers are partnering with Varsity College to bring the event to all South Africans.

Student teams from high schools in Johannesburg, Pretoria, Cape Town and KwaZulu-Natal will compete against each other answering questions from a variety of subjects such as current affairs, sports, business, politics, and entertainment.

Eight teams from the regional round will advance to the finals in Johannesburg at Varsity College Sandton Campus on September 27, where they will battle it out for the national title.

Dr. Dengting Boyanton, president of the Sino-American Educational Research Association feels every child has an interest in learning more about the world, and parents should help maintain and nurture such interests.

The aim of the competition is to show that there is a synergy between a young person’s thirst for knowledge and Independent Media’s commitment to empowering all students to be active, engaged, and involved citizens.

Sane Ndlovu, IIE Varsity College National Events and PR Consultant said, “We’re extremely excited to collaborate with Independent Media again to host the National High School Quiz. We are proud to be in a position where we can make an impact in the lives of young people through a fun educational initiative such as this.”

The national competition was borne out of the annual Cape Argus High School Quiz beginning in 2008. Based on an ethos of school spirit, the academic event was designed with a global vision meant to encourage and celebrate academic excellence.

The winning team will take home the title with each member receiving R5,000. The team’s school will receive R20,000, with another R5,000 going to the team’s educator or coach.