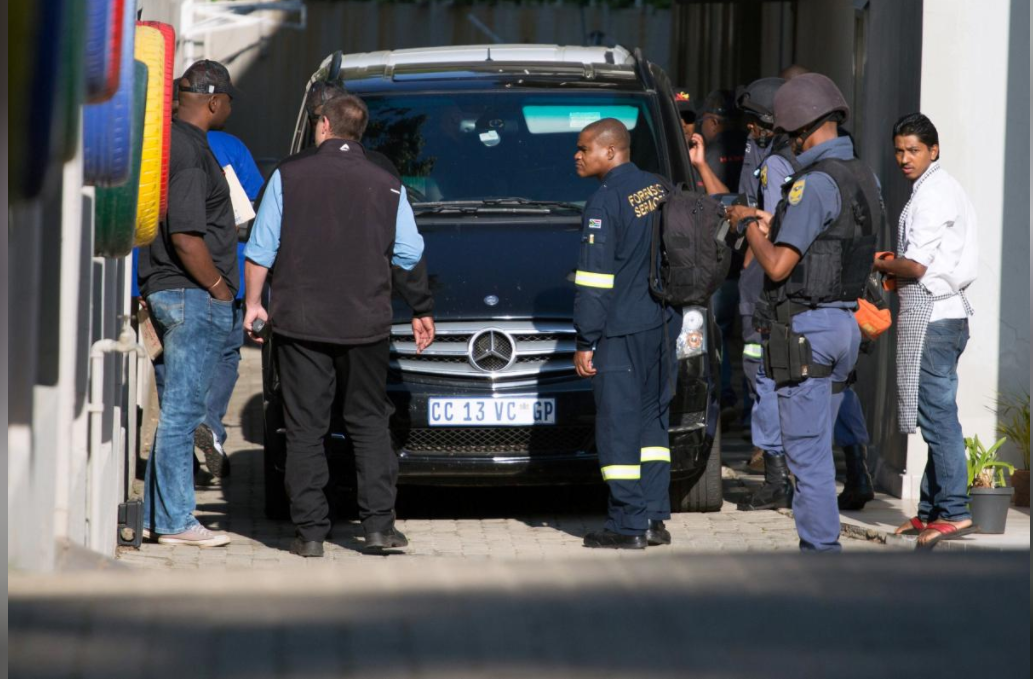 South African President Jacob Zuma’s hours in power appeared to be numbered on Wednesday, after the ruling party said it would vote him out the following morning and police raided the luxury home of his powerful billionaire associates.

In a rambling television interview, his first response since the African National Congress (ANC) announced it would back a no-confidence motion to strip him from office, Zuma derided the decision and said he had been “victimized” by the party.

He sidestepped any firm announcement of his own fate, neither accepting the order to go nor indicating that he would still seek a way to defy it.

The ANC, which replaced Zuma as party leader in December, ordered him to step down as president. When he failed to resign on Wednesday, it announced that it would back an opposition motion in parliament to force him out.

That would end nine years in power by the former anti-apartheid resistance fighter, 75, who has four wives, a sharp tongue and a decades-long history of entanglement in scandals that polarized Nelson Mandela’s “Rainbow Nation”.

When asked point-blank if would step aside, Zuma avoided the question and continued to allege a lack of principle among those trying to oust him. He said he would make a formal statement later on Wednesday, although he gave no details.

In response, the ANC said it was positive he would not defy the party’s order to step down.

Zuma spoke hours after the dramatic police raid on a gated mansion of the Gupta brothers, billionaire friends of the president who were accused two years ago in a 350-page report by South Africa’s corruption watchdog of using their influence over the government to gain control of state companies and contracts.

ANC chief whip Jackson Mthembu said Deputy President Cyril Ramaphosa, elected to replace Zuma as head of the ANC in December, could be sworn in as head of state as early as Friday.

“After we have voted for the removal of the president of the republic tomorrow - and depending on the availability of the chief justice - we will also elect a new president,” Mthembu told a news conference in Cape Town.

The rand currency, which has gained ground whenever Zuma has hit political turbulence, soared more than one percent to a 2-1/2 year high of 11.79 against the dollar.

Ramaphosa, 66, was the ANC’s chief negotiator with South Africa’s apartheid rulers during the talks that led to the end of white rule, and is widely seen as a conciliatory figure who could help heal divisions that widened under Zuma.

The pace of events on Wednesday stunned South Africa after months of political wrangling and two weeks of dithering by the ANC. The early morning raid, which the police’s elite Hawks unit said resulted in three arrests, took place amid reports Zuma was preparing to tell the country he was stepping down.

“You can’t bring a matter of this nature to court and not charge the people who have benefited the most,” the source, who has knowledge of the police’s moves, told Reuters.

Wednesday saw chaos and confusion at Pretoria’s Union Buildings, the seat of government. Finance Minister Malusi Gigaba said Zuma would speak in the morning, and satellite trucks were in position overnight. Zuma’s office denied an address had been announced and the scheduled time came and went.