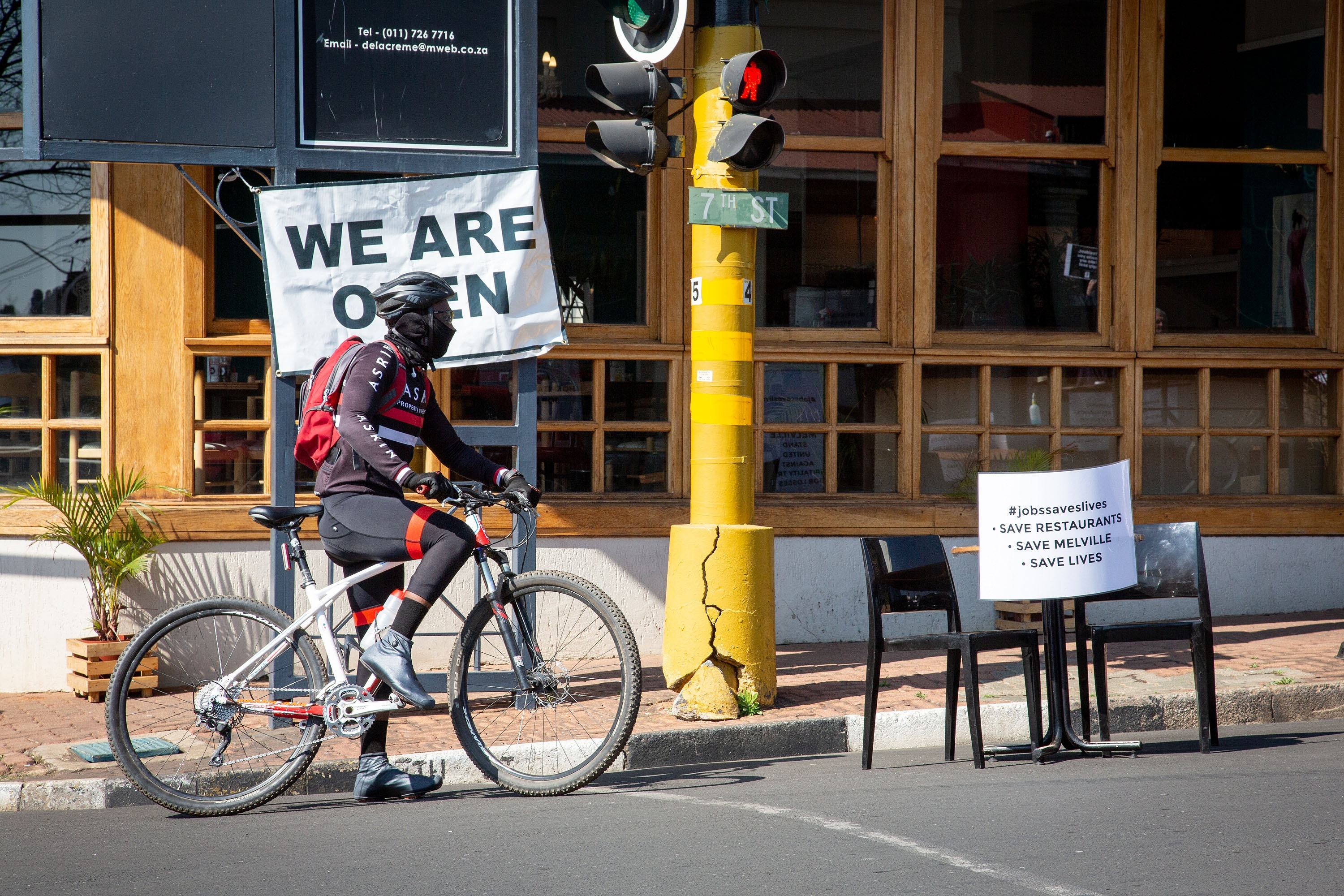 A board written with "we are open" is seen outside a restaurant in Johannesburg, South Africa, July 22, 2020. [Photo/Xinhua]

A total of 10,107 cases were reported in the past 24 hours, Mkhize said in his daily update.

Gauteng, the smallest but most populous province, remained the epicenter of the pandemic with 178,119 cases, said Mkhize.

"For this, we are grateful to the work of our health professionals and the innovative treatments they have pioneered," said South African President Cyril Ramaphosa following the daily update.

After a rapid rise in infections over the past two months, the daily increase appears to be stabilizing, particularly in the Western Cape, Gauteng and Eastern Cape, Ramaphosa said.

While it may be too soon to draw firm conclusions, this suggests that the prevention measures that South Africans have implemented are having an effect, he said.

"While there are promising signs, now it is not the time to let down our guard. We have to continue to work together to reduce the number of new infections," said Ramaphosa.