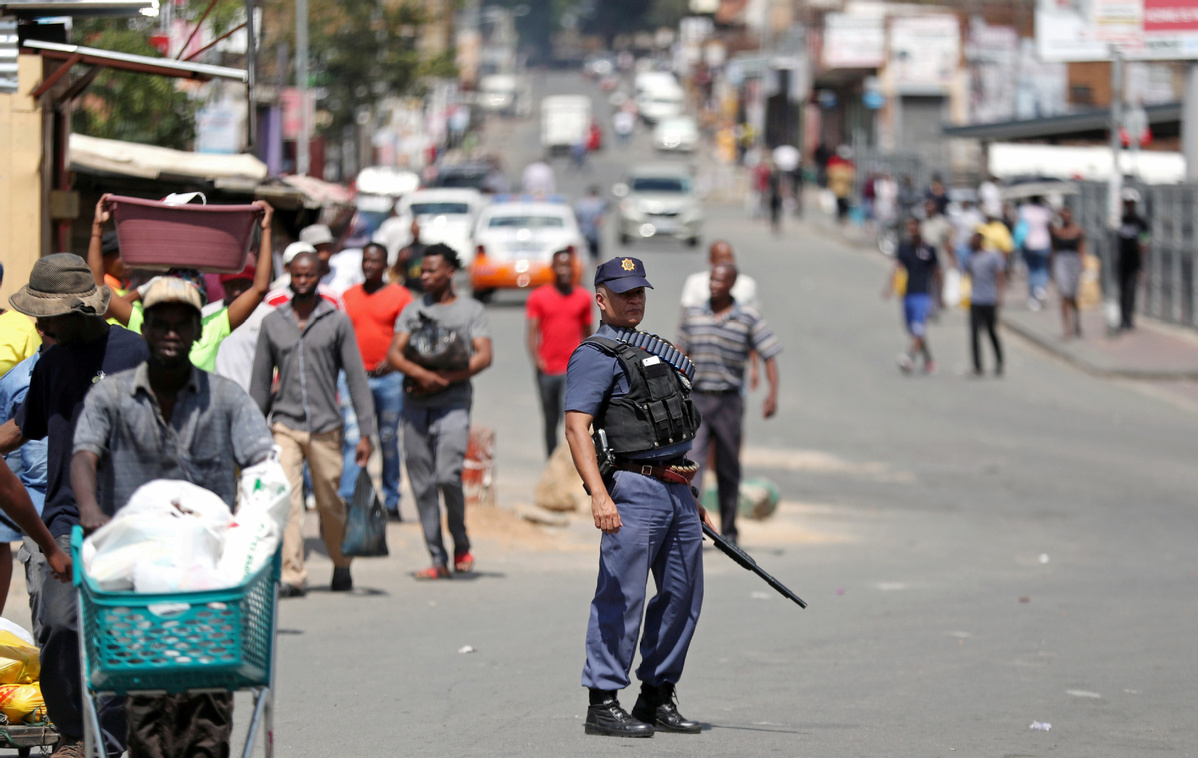 A police officer looks on as locals go on their daily business on the first day of a nationwide lockdown for 21 days to try to contain the coronavirus in Alexandra, South Africa, March 27, 2020. (Photo: Agencies)

CAPE TOWN - The total number of COVID-19 confirmed cases in South Africa has risen to 2,173, up 145 from the previously reported cases, Health Minister Zweli Mkhize said on Sunday.

Mkhize didn't report any new deaths from the disease, with the death toll standing at 25, as announced on Saturday.

The rapid rise in the confirmed cases might be the result of more tests being taken after the country rolled out mass community testing last week. The total number of tests conducted to date is 80,085, Mkhize said.

Gauteng remains as the province with the highest number of 895 confirmed cases, followed by Western Cape Province with 587 cases and KwaZulu-Natal Province 443 cases.

The epidemic has also spread to a local prison, infecting 23 officials and three inmates.

The cases in the prison were detected after mass testing at the East London Correctional Facility in Eastern Cape Province, which recorded its first case on April 6, according to the Department of Justice and Correctional Services.

With more results to be released on Tuesday, the number of confirmed cases is expected to rise, the department said.

"More testing for both officials and inmates in the entire East London Management Area is continuing, and designated quarantine and isolation areas have been identified," said the department.