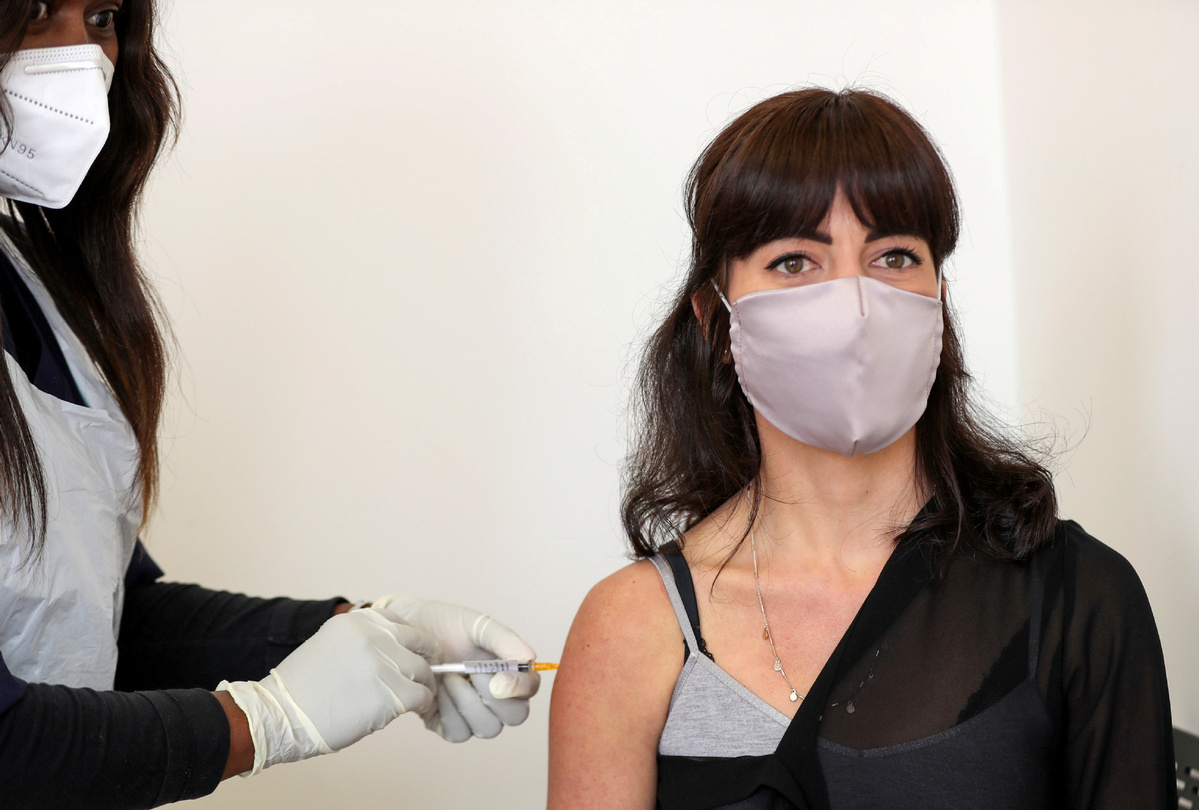 Robyn Porteous, a vaccine trials' volunteer, is injected with a vaccine as part of the country's human clinical trial for potential vaccines after being tested for the coronavirus disease (COVID-19), at the Wits RHI Shandukani Research Centre in Johannesburg on Aug 27, 2020. (Photo: Agencies)

South Africa, which has arranged to purchase enough shots for 10 percent of its 60 million population through the COVAX initiative, on Sunday outlined its COVID-19 vaccine rollout plan. The COVAX initiative is designed to ensure equitable access to vaccines across the globe.

According to Zweli Mkhize, South Africa's health minister, the government is committed to rolling out vaccines with urgency to establish herd immunity against the virus, adding that the only way to deal with a second wave is to develop herd immunity through vaccination.

Speaking during a virtual public briefing to outline the health department's COVID-19 vaccine rollout strategy, Mkhize said the vaccine had to be made available to all South Africans, starting with the most vulnerable and health workers.

"We are targeting a minimum of 67 percent of the population to achieve herd immunity and the approach will be a phased rollout of the vaccine beginning with the most vulnerable in our population," Mkhize said. "We have set up structures to expedite financing, sourcing and procurement and therefore the issue of the vaccine strategy will get undivided attention from the department and government."

According to rollout plans, vaccinations will be carried out in three phases. The first phase will include frontline health care workers and will target a total of 1.25 million people.

"This means that by the end of phase three, 40.35 million citizens will have been immunized, which is equivalent to approximately 67.25 percent of the population, as we have indicated. At this stage, we have secured the doses that will be acquired through COVAX, which will ensure that we immunize 10 percent of the population through this mechanism," Mkhize said.

The health minister added that to optimize the availability of vaccine stocks for South Africa, the government is negotiating with all the manufacturers and pursuing those who are indicating the capability of making vaccines available sooner.

"To optimize the availability of stock for ourselves we are negotiating with all the manufacturers and pursuing those who are indicating an appetite to make vaccines available sooner. We are in sensitive discussions and at this stage are bound by non-disclosure agreements, but we will make announcements as soon as negotiations are concluded and the NDAs have been lifted," Mkhize said.

Additionally, the health minister said that the government has embarked on public-private partnerships with very good outcomes and they have approached medical aids to be part of the co-financing.