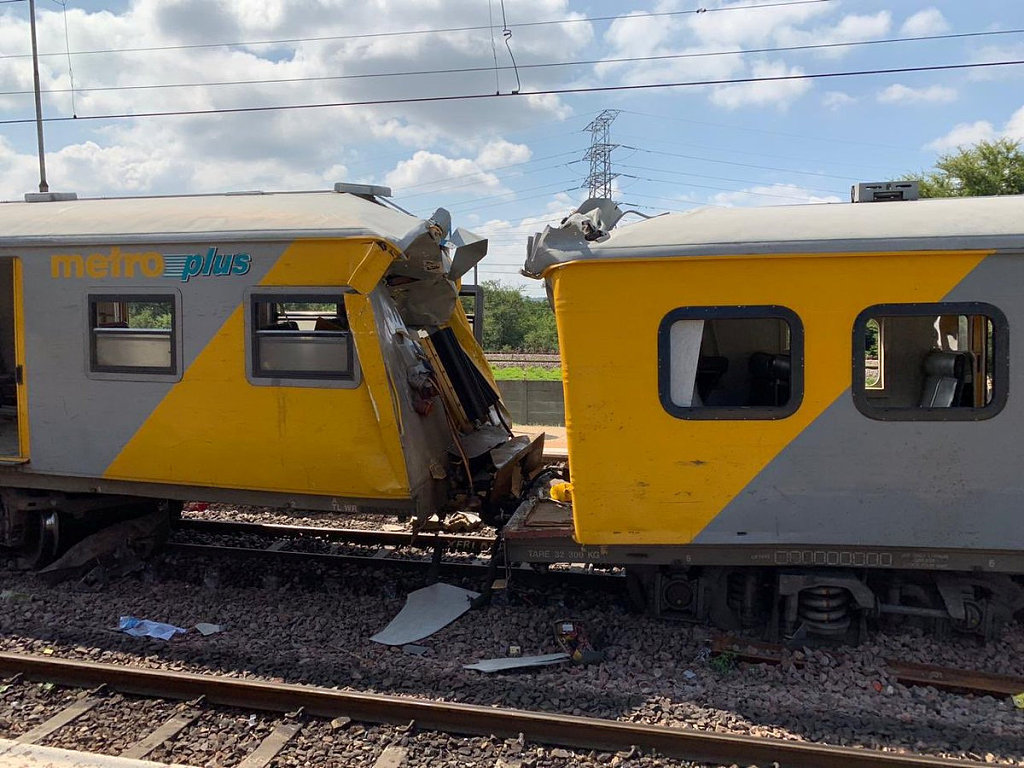 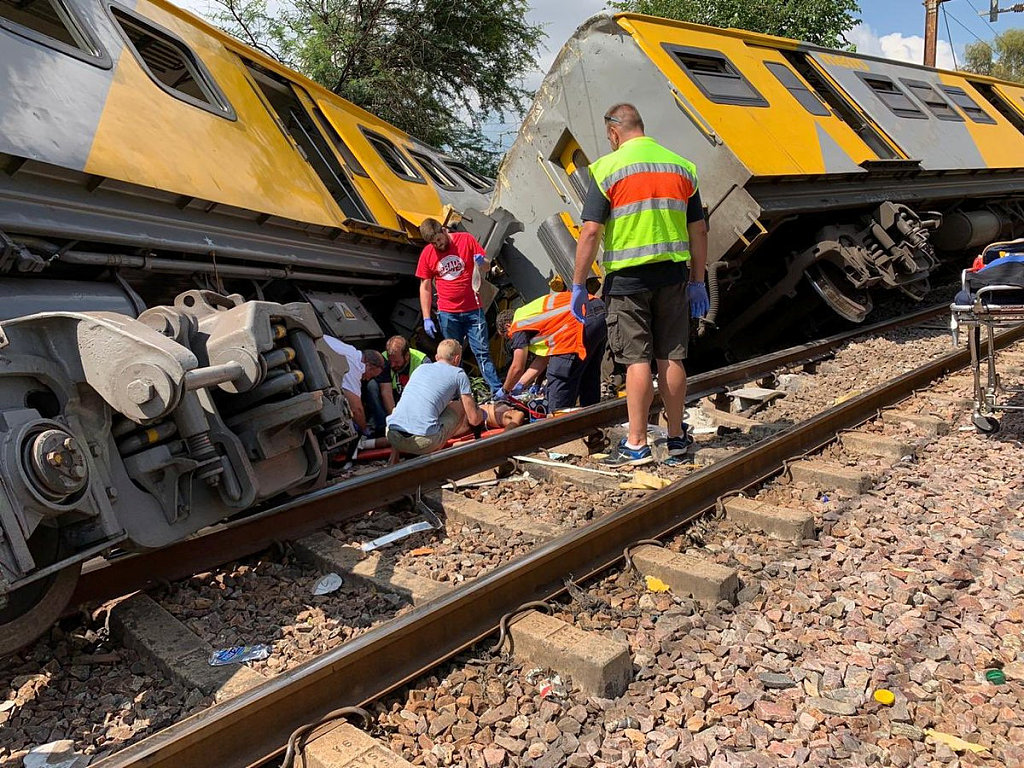 Emergency services are seen at the site of a train crash in Pretoria, South Africa January 8, 2019. 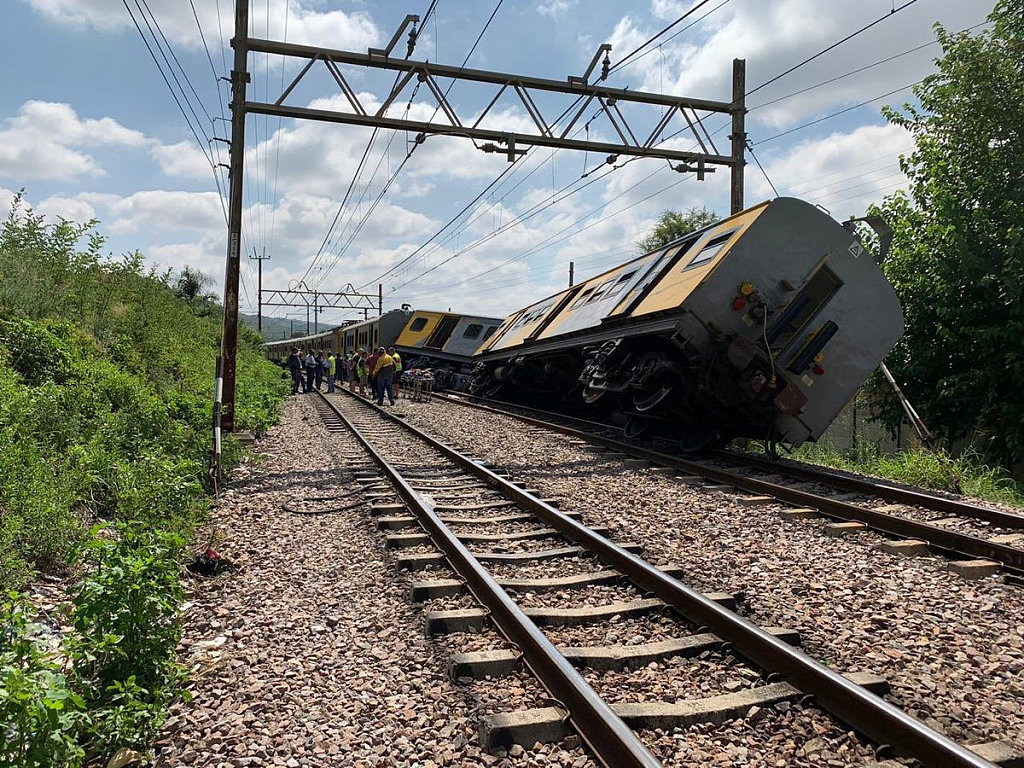 The crash, at 9:30 a.m., left 82 passengers with serious injuries after a packed train careered into a stationary train at the Mountain View station.