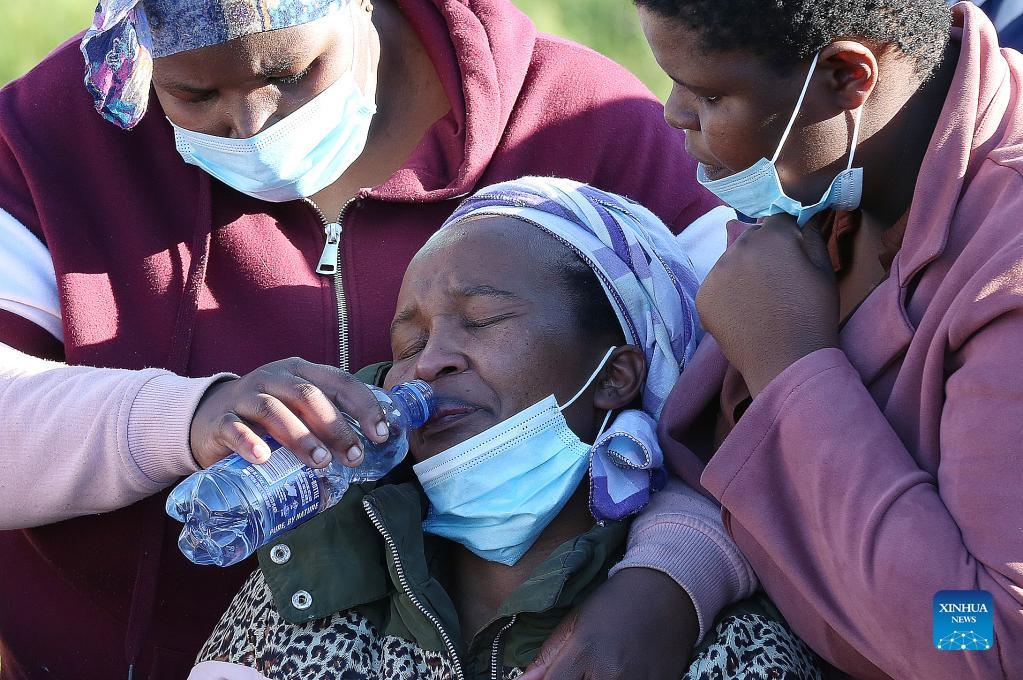 People comfort a family member of dead teenager outside a mortuary in East London, South Africa, on June 26, 2022. (Photo: Xinhua)

CAPE TOWN - South African President Cyril Ramaphosa on Sunday afternoon mourned for the death of "22 teenagers" at a tavern, or pub, in East London, Eastern Cape Province, in the early hours of this morning.

Ramaphosa is "concerned about the reported circumstances under which such young people were gathered at a venue which, on the face of it, should be off limits to persons under the age of 18," said a statement issued by the presidency.

The tragedy is made more grave as it occured during Youth Month, Ramaphosa said in the statement.

South African police are still investigating the case and the cause is unclear. The presidency statement didn't gave the cause of the incident, saying the president is waiting for more information.

Family members of the deceased wept outside a mortuary in the area, while other people tried to comfort them.

There are both girls and boys among the victims, including a 13-year-old, Minister of Police Bheki Cele, who led a national delegation to the scene, told media.

The doctor who is leading autopsy told the minister that forensic experts are still collecting the information and would not love to tell him the situation, said Cele, adding that they confirmed that "the death is not natural."

The minister said they will take a few samples to toxicology in Cape Town, which is more advanced.

Buffalo City Metropolitan Municipality, which includes East London, early on said over 20 young people died in the incident. It is the "worst tragedy that has ever happened in our Metro," its mayor Xola Pakati said in a statement.

The police had refused to make any speculations about the cause, but said they are hoping to get the facts "before the end of the day."