Under stress from a historic drought, large swathes of forest and wetlands in central South America known for their exceptional biodiversity have been ravaged by devastating fires. 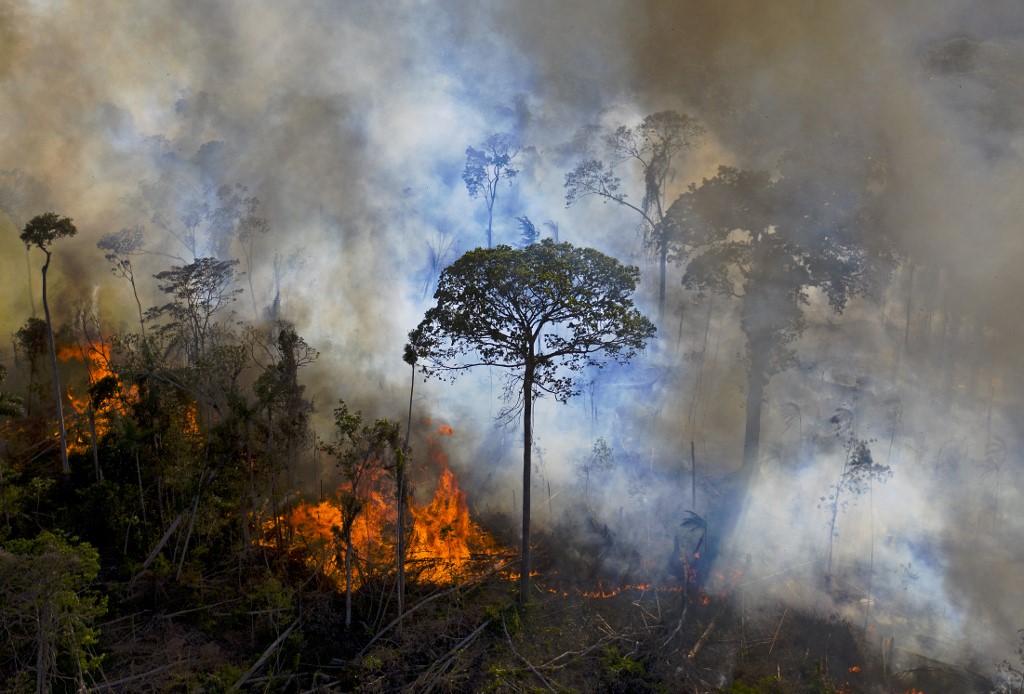 Experts say the wildfires in a region that spans Argentina, Brazil, Bolivia and Paraguay -- especially the region between the Paraguay, Parana and Uruguay rivers -- have become critical in 2020.

"There has been a dramatic increase in fires. In Argentina there has been an increase of around 170 percent, it's very serious," said Elisabeth Mohle, an environmental politics researcher at Argentina's San Martin National University (UNSM).

She says it's part of a wider problem affecting multiple regions around the world this year, including in Brazil's Amazonas state, Australia, California, and the Gran Chaco, South America's second largest forest after the Amazon.

The Pantanal -- the world's largest wetlands that span Brazil, Bolivia and Paraguay -- is experiencing its worst drought in 47 years.

The Parana river -- one of the most powerful on the planet that originates in Brazil and empties into the River Plate estuary -- is at its lowest level since 1970.

In August it was down to 80-centimeters in Rosario, eastern Argentina, rather than the usual 3-4 meters for that time of year.

It's the same thing with the Paraguay river that is at its lowest level "in half a century," according to Paraguay's national weather center in Asuncion.

The fires are being fanned by ideal conditions, including strong winds, temperatures over 40 degrees Celsius (104 Fahrenheit) and the dry season in which farmers use slash-and-burn techniques to try to regenerate the soil.

In Paraguay, "the fires ... at the end of September and first week of October, broke all records," Eduardo Mingo, a top official at the national weather center, told AFP.

The number of fires were up 46 percent in 2020, according to authorities.

Paraguay's capital Asuncion and several towns in northeastern Argentina and southern Brazil spent days and even weeks submerged under a thick fog due to the intense fires.

And without the usual rainfall that moistens the soil, the wetlands have been particularly badly affected.

Images from the Brazilian Pantanal of the charred carcases of birds, snakes, caimans and trees have shocked the world.

A quarter of the area was devastated between January and September, while the Paraguayan Pantanal had already been badly affected by fires in 2019.

The Parana Delta that is home to species such as the jaguar, Pampas cat and several rodents, has been hit by fires of an unprecedented intensity since January, leaving a "desert of ashes" over tens of thousands of hectares of wetlands.

"I remember that during the last drought in 2008, there were fires. But this year they've been stronger, more intense and lasted longer."

Agriculture is a massive source of income for the countries in this region but the slash-and-burn techniques used aggravate the situation.

In the north of Argentina "despite Covid-19 restrictions, between March 15 and September 30... twice the area of Buenos Aires was deforested," according to Greenpeace.

The Mighty Earth NGO says that Paraguay's dry forests are "one of the main sites of deforestation in the world, mostly due to the expansion of pastureland and more recently soyabean plantations."

One problem is that NGOs don't have the necessary funding from governments to enforce rules and instigate large restoration or protection projects.

"The provincial government has less and less of a budget for prevention, there are no surveillance posts, the environmental police have been disassembled," Alfredo Leytes, a member of the Ambiente en Lucha environmental collective based in Cordoba, Argentina, told AFP.

In Brazil "there has been a 58 percent decrease in 'Brigadistas' contracts," said Alica Thuault from the Centro de Vida institute, referring to the volunteers that mobilized to tackle fires. She attributes blame firmly at the feet of President Jair Bolsonaro, a climate change skeptic.

Mohle wants different players, including farmers and ecologists, to work together "to regulate the use of land to ensure a more sustainable development than currently exists."