CANBERRA, Nov. 9 (Xinhua) -- The Premier of the state of South Australia (SA) has flagged the "single biggest" stimulus package in the state's history in the budget for financial year 2020-21. 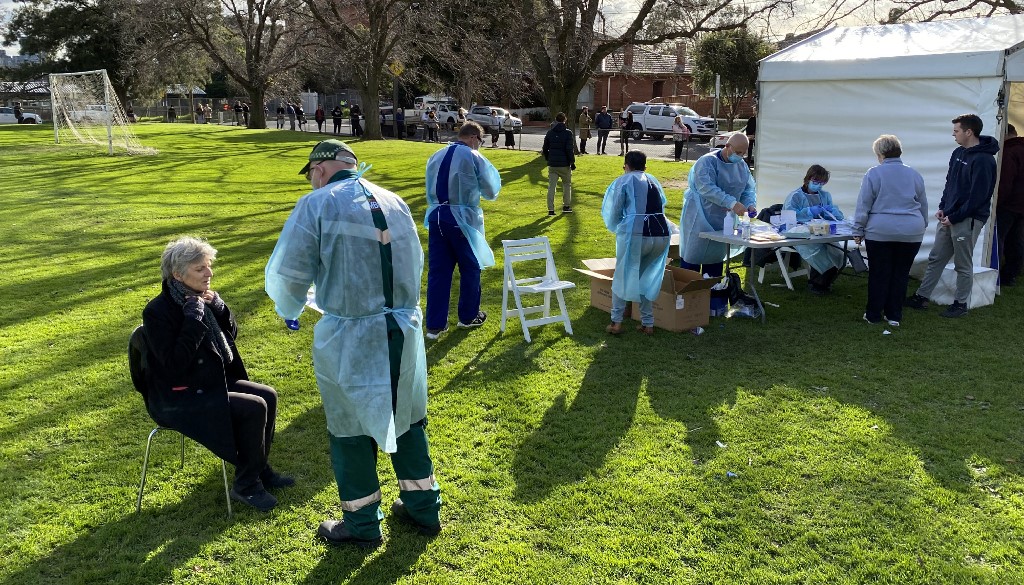 Interstate health workers from Adelaide in South Australia take swab samples as people queue during COVID-19 coronavirus testing in a park in the Melbourne suburb of Brunswick West on July 2, 2020. (File photo: AFP)

Steven Marshall announced recently that the value of his government's coronavirus economic stimulus package will be doubled to 4 billion Australian dollars (2.9 billion U.S. dollars) under the budget, which will be announced on Tuesday.

He said it was the "single biggest" stimulus measure in South Australian history, taking the total value of the state government's economic response to COVID-19 to 5 billion Australian dollars (3.6 billion U.S. dollars).

"This is the most important budget in the state's history," Marshall said on Sunday, according to The Australian Broadcasting Corporation.

"We want to stand up as many jobs as we can."

South Australia has had 515 confirmed cases of COVID-19 since the beginning of the pandemic, the fewest of Australia's five mainland states, but has not been spared from the economic impact of the pandemic.

According to the latest labor force data from the Australian Bureau of Statistics (ABS), SA's unemployment rate was 7.1 percent in September - higher than the national rate of 6.9 percent.

"Young people playing sport, it doesn't get better than that. We're investing in that because that's South Australia's future."