South Korea reported 142 more novel coronavirus cases Wednesday, a significantly lower increase than the day before, taking its total to 5,328 -- the largest in the world outside China. 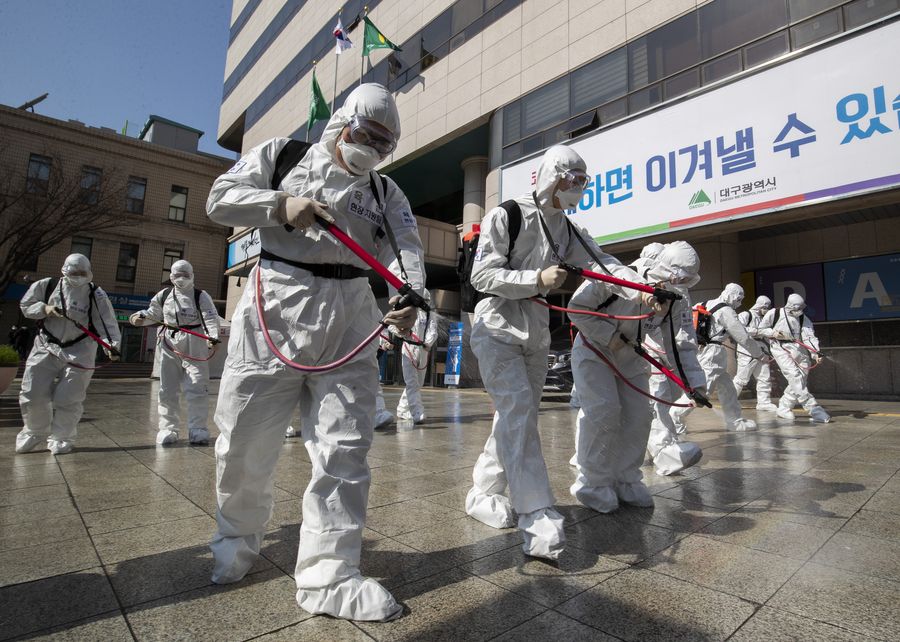 Four more people had died, the Korea Centers for Disease Control and Prevention said on Wednesday, taking the toll to 32.

South Korea has seen a rapid rise in infections in recent days as authorities carry out checks on more than 260,000 people associated with the Shincheonji Church of Jesus, a religious sect often condemned as a cult that is now linked to more than half the cases.

More than 4,000 cases have now been confirmed in southern city of Daegu -- where the outbreak among Shincheonji members began with a 61-year-old woman, who developed symptoms on February 10 but attended at least four worship services in the city.

Some 2,300 Daegu patients -- some of them with severe symptoms, others with either mild ones or none at all -- are waiting to be admitted to medical facilities, vice health minister Kim Gang-lip told reporters.

Scores of events in the country -- from K-pop concerts to sports seasons -- have been cancelled or postponed over the contagion, with school and kindergarten breaks extended by three weeks nationwide.

All daycare centres are also closed until Sunday, and the government is contemplating whether to keep them closed for longer, Kim said.

The central bank has warned of a contraction in the first quarter for the world's 12th-largest economy, noting the epidemic will hit both consumption and exports.

President Moon said Tuesday the government will inject more than 30 trillion won ($25 billion) into the economy to address the "grave" situation brought on by the outbreak.