SEOUL, Sept. 17 (Xinhua) -- South Korea on Tuesday reported its first case of African swine fever, a viral disease for pigs that has no vaccines nor cures yet, according to the agriculture ministry. 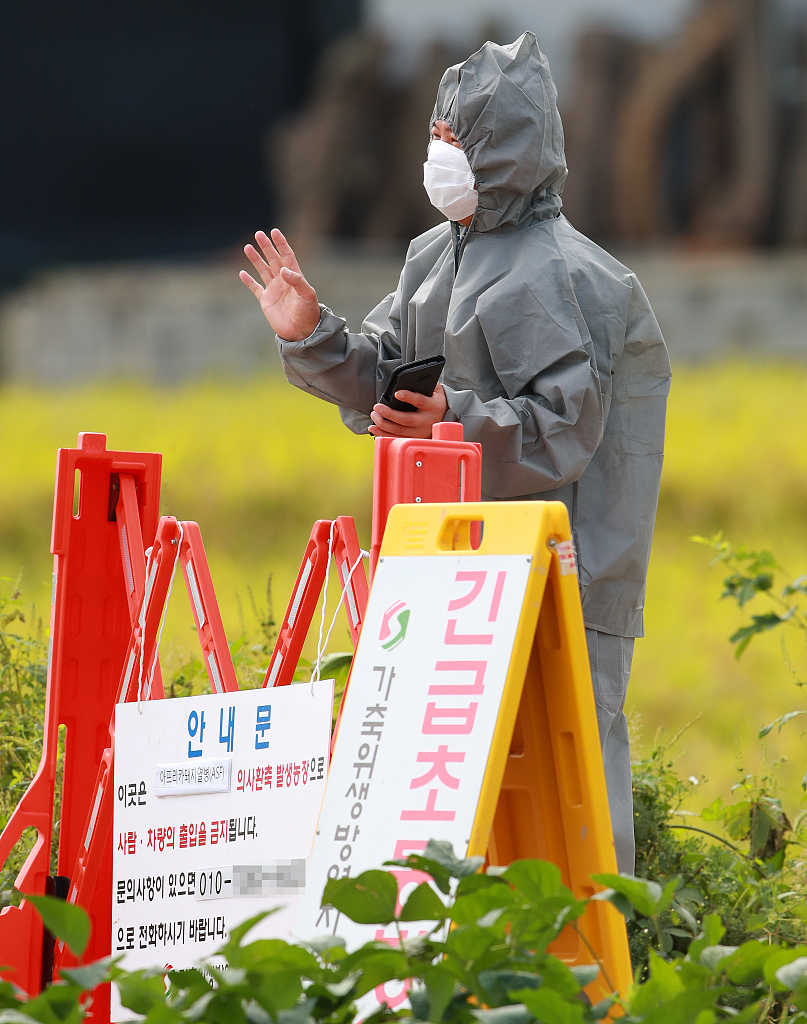 South Korean quarantine officials set a barricade on a road to block people from entering in an area where pigs were confirmed to have been infected with African swine fever in Paju on September 17, 2019. (Photo: VCG)

The case was officially confirmed at 6:30 a.m. local time, after the five dead pigs at a farm in Paju of Gyeonggi province tested positive, according to the Ministry of Agriculture, Food and Rural Affairs.

All the 3,950 pigs or so at the farm were culled. No other case has been found yet within a 3-km radius of the farm.

Right after the confirmation, the ministry raised the warning level to the highest, while issuing a 48-hour standstill order to all pig farms nationwide temporarily.

During the standstill period, all the pigs, relevant equipment and people at the pig farms are not allowed to move.

The ministry banned pigs in the Gyeonggi province from moving into other regions for one week, while examining the possible symptoms of the African swine fever at all pig farms across the country.

The ministry asked people to consume pork as the viral disease does not affect humans.