WORLD South Korea rolls out 5G services on phones, in race with China and US

South Korea rolls out 5G services on phones, in race with China and US

South Korea will become one of the first countries to commercially launch fifth-generation (5G) services as it rolled out on Friday the latest wireless technology with Samsung Electronics' new 5G-enabled smartphone Galaxy S10. 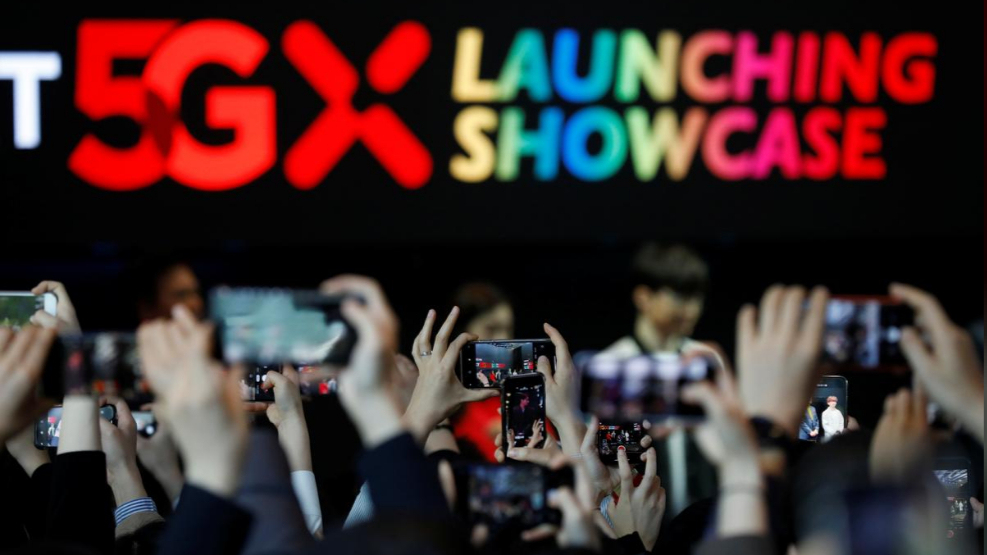 With one of the world's top smartphone penetration rates, South Korea is in a race with China, the United States and Japan to market 5G, hoping the technology will spur breakthrough in fields such as smart cities and autonomous cars, and drive up its economic growth that slowed to a six-year low in 2018.

A few hours after the announcement, US telecoms company Verizon Communications Inc. said it launched Wednesday its 5G service on mobile phones in two cities, moving up its schedule by a week.

“For the first time ever, customers can access a commercial 5G network with the world's first commercially available 5G-enabled smartphone,” Verizon said in a statement on Wednesday.

US carriers launched 5G services in limited areas and not on all devices as early as last year. “We launched the first mobile 5G network several months ago and we've followed that up with other firsts, including 1 gig speeds last week with more cities to come soon,” said an AT&T spokesman, disputing South Korea's first in 5G claim.

Telecoms and media company AT&T Inc said it was the first to launch a “commercial and standards-based” 5G network in December 2018. The service was made available to mobile hotspot devices but not yet on phones on Dec. 21 in 12 cities.

5G will change the landscape of the gaming industry as it allows games streamed with minimal delay to be played on smartphones, SK Telecom's Ryu said.

South Korean carriers have spent billions on campaigns marketing 5G and, on Wednesday, SK Telecom showed off K-pop stars and an Olympic gold medalist as its first 5G customers.

The operator expects about one million 5G customers by the end of 2019. It has a total of 27 million users.

Samsung was the first to unwrap a 5G phone in February when it unveiled the Galaxy S10 5G and a nearly 2,000-US-dollar folding smartphone, putting the world's top smartphone maker by volume in pole position in the 5G race, some analysts say.