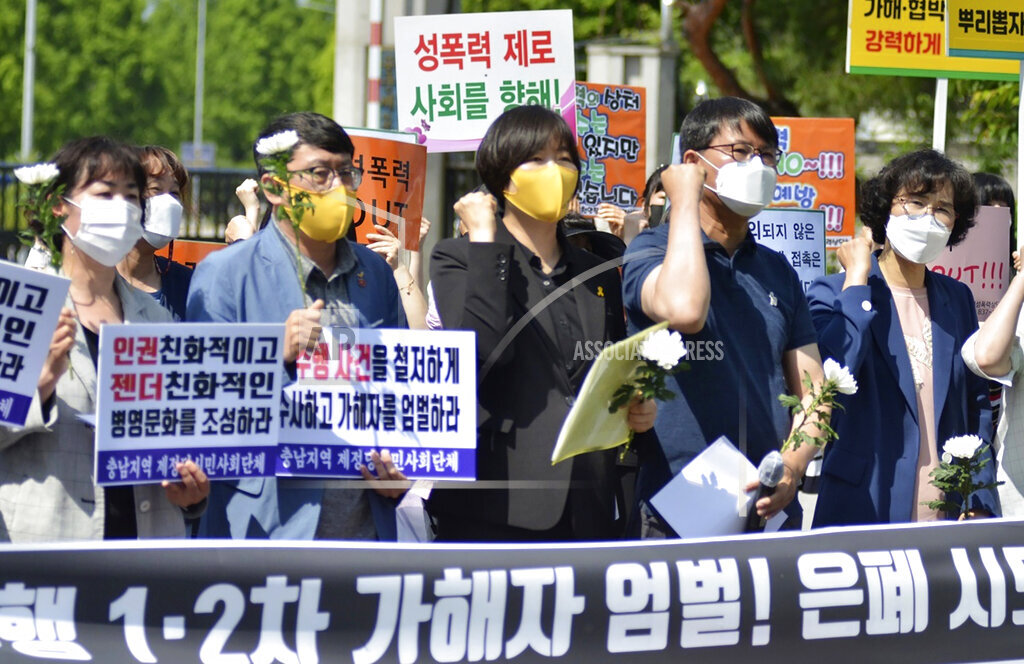 Members of the Justice Party and civic groups attend at a press conference calling for the punishment of air force officials involved in any cover-up, in front of the main gate of air force base in Seosan, South Korea, Friday, June 4, 2021. (Photo: AP)

SEOUL, South Korea (AP) — South Korea’s air force chief stepped down Friday in the face of public anger over the death of a female master sergeant whose family says she killed herself after being sexually abused by a male colleague.

Lee’s resignation came a day after the Defense Ministry said an air force master sergeant had been arrested on suspicion that he had molested the woman inside a car in March while returning to their base after a dinner meeting.

According to a presidential petition filed by the woman's family, she reported the case to her superiors but killed herself in May after they tried to cover up the incident and pressured her to reach a private settlement with her abuser.

As of Friday afternoon, more than 340,000 people had signed the petition, which called for the punishment of air force officials involved in any cover-up.

The public anger prompted Moon to order the military on Thursday to conduct a thorough investigation on how the air force handled the case.

South Korea’s military has long been criticized for its failures to protect female troops and officers from sexual harassment and violence.