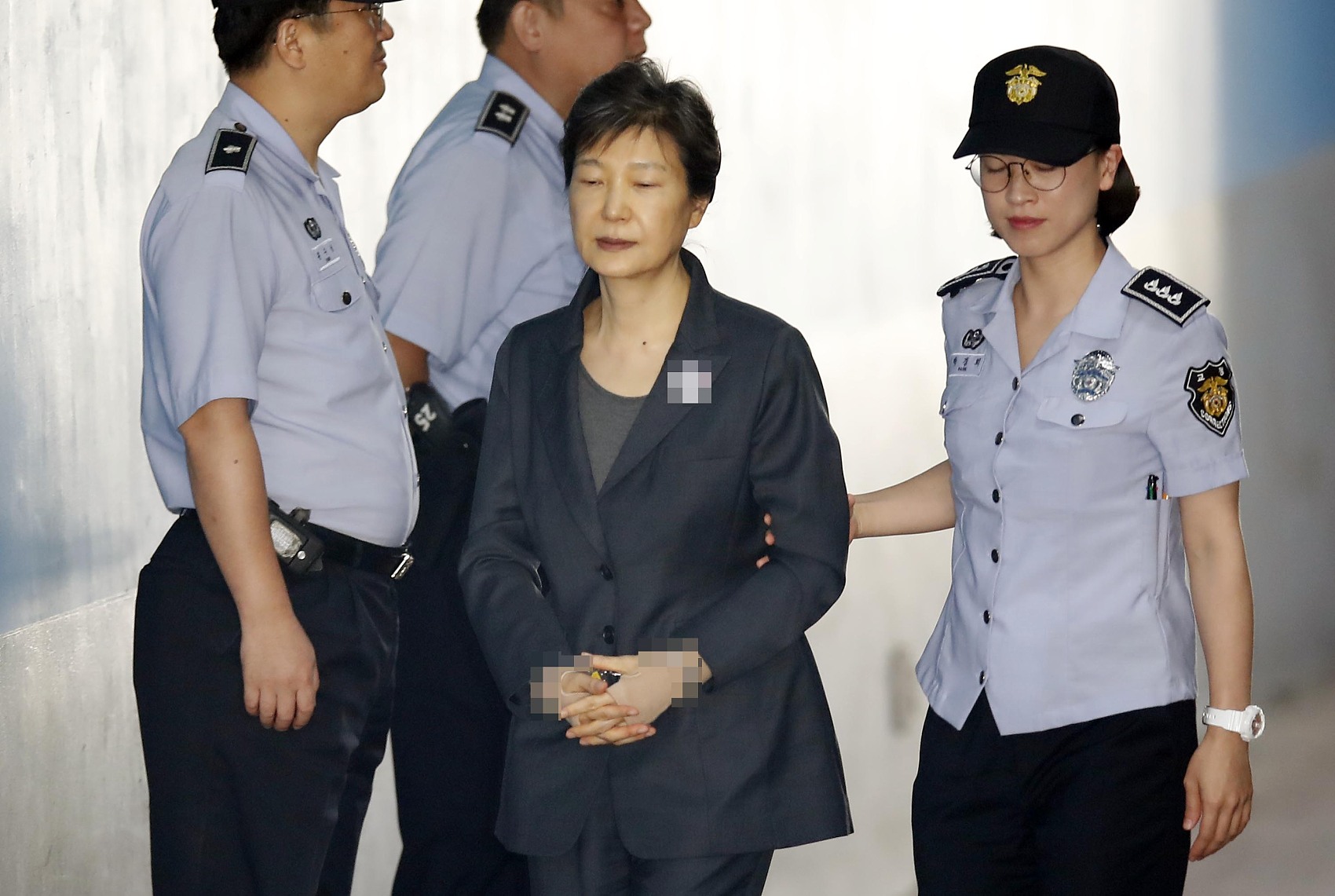 Park Geun-hye is being sent to the Seoul central district court in South Korea on September 18 after months of mass protests against her over a sprawling corruption scandal. Photo: VCG

The decision had been taken "for the future of our party and the country", said LKP chairman Hong Joon-pyo at a press conference, which has already changed its name from the Saenuri banner under which Park was elected.

Earlier on October 20th, the ethics committee advised the former president to leave the party. In line with its constitution, the party can expel Park 10 days after the recommendation. And finally Hong exercised his top authority to cancel her membership.

Park joined the party in 1997 and rose to power in 2012. The main opposition is parting ways with Park 8 months after the Constitutional Court upheld parliament's decision to impeach her over a massive  influence-peddling scandal involving her and her long-time friend, Choi Soon-sil.