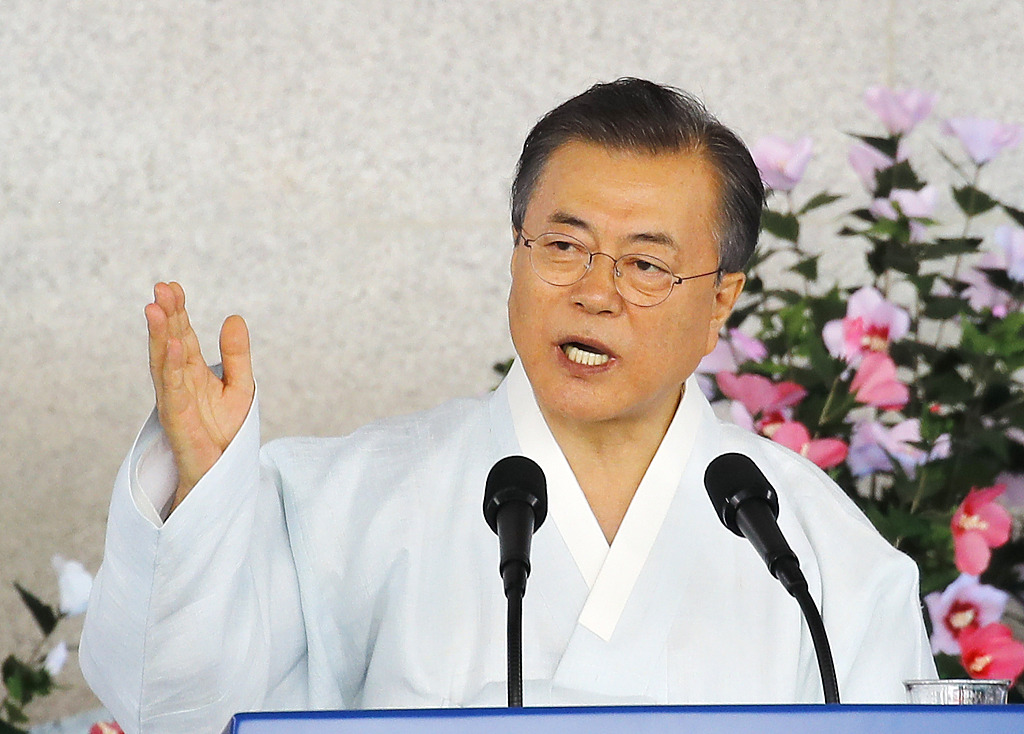 Seoul and Tokyo -- both of them democracies and market economies -- are mired in long-running disputes over Japan's use of forced labour in the first half of the 20th century.

The two neighbours have been embroiled in a tit-for-tat trade war that saw them remove each other from their lists of trusted trading partners this month, raising concerns over global supply chains.

That came after Tokyo imposed restrictions on exports crucial to tech giants such as Samsung last month, following a series of South Korean court rulings ordering Japanese firms to pay for wartime labour.

But Moon sought to dial down the temperature on Thursday, saying Seoul was willing to work with Tokyo to secure "fair trade and cooperation" in the region.

"If Japan chooses the path of dialogue and cooperation, we will gladly join hands," Moon said in a speech to mark the anniversary of Korea's liberation from Japan's 1910-45 rule.

Dressed in a light blue hanbok, Moon -- who earlier this month vowed South Korea will "never be defeated again by Japan" -- insisted that Seoul has "not dwelt on the past".

"Reflecting on the past does not mean clinging to the past but overcoming what happened and moving toward the future," said Moon.

"We hope that Japan will play a leading role together in facilitating peace and prosperity in East Asia while it contemplates a past that brought misfortune to its neighbouring countries."

Tokyo maintains that all issues of wartime compensation were settled under the 1965 treaty that re-established diplomatic ties which included a package of about $800 million in grants and cheap loans for the former colony.