The truckers' union in South Korea on Friday voted to end the strike amid growing pressure from the government. 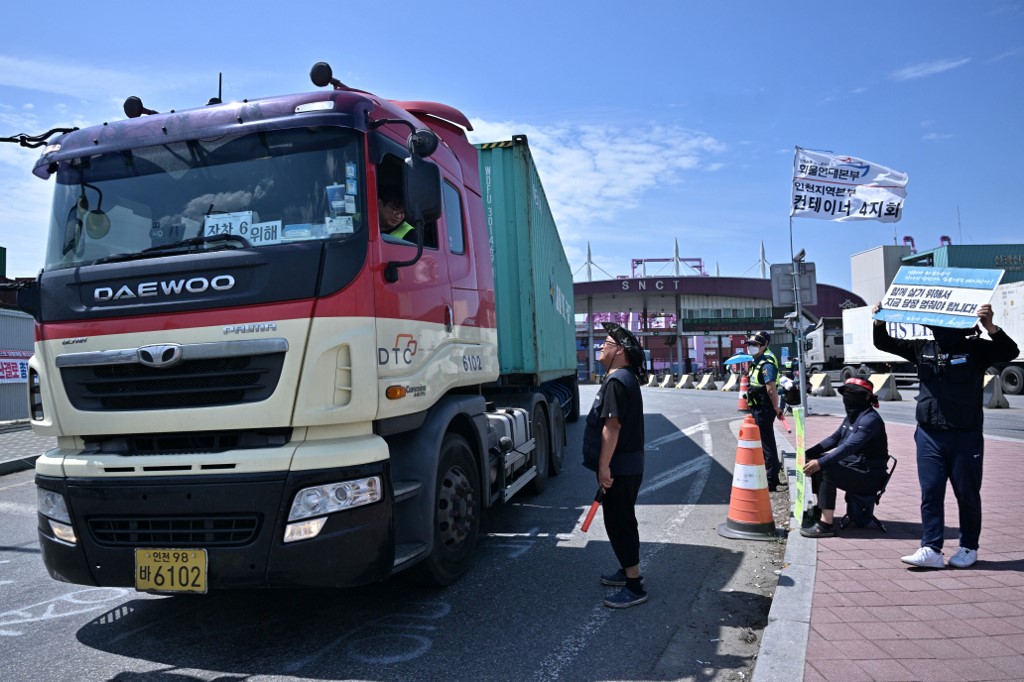 A South Korean truck driver (L) leaving a container port is asked to join striking drivers in Incheon on June 14, 2022, on the eighth day of protests over rising fuel costs that have further snarled global supply chains. (File photo: AFP)

About 62% of union members voted to call off the strike, according to a text message from the Cargo Truckers Solidarity Union seen by Reuters. The union confirmed the vote to end the strike in a news release.

Thousands of truckers went on strike since November 24 in the country, demanding the government extend the temporary rule guaranteeing minimum freight rates that are set to expire at the end of this year, in fear of being forced into speeding, overwork and overloading to earn their livings amid the surging fuel costs.

The South Korean government and the striking truckers negotiated afterward but failed to narrow differences.

The government has since then issued two return-to-work orders to the striking truckers, one on November 29 and the other on December 8, in light of worsening disruptions of supply chains.

As the government increased pressures, more truckers have headed back to work this week, facing the prospect of lost income and lost jobs, Reuters said citing local drivers.