South Korea reported its biggest spike in coronavirus cases in nearly two months on Thursday, as officials scramble to tackle fresh clusters that have raised concerns of a possible second wave of infections. 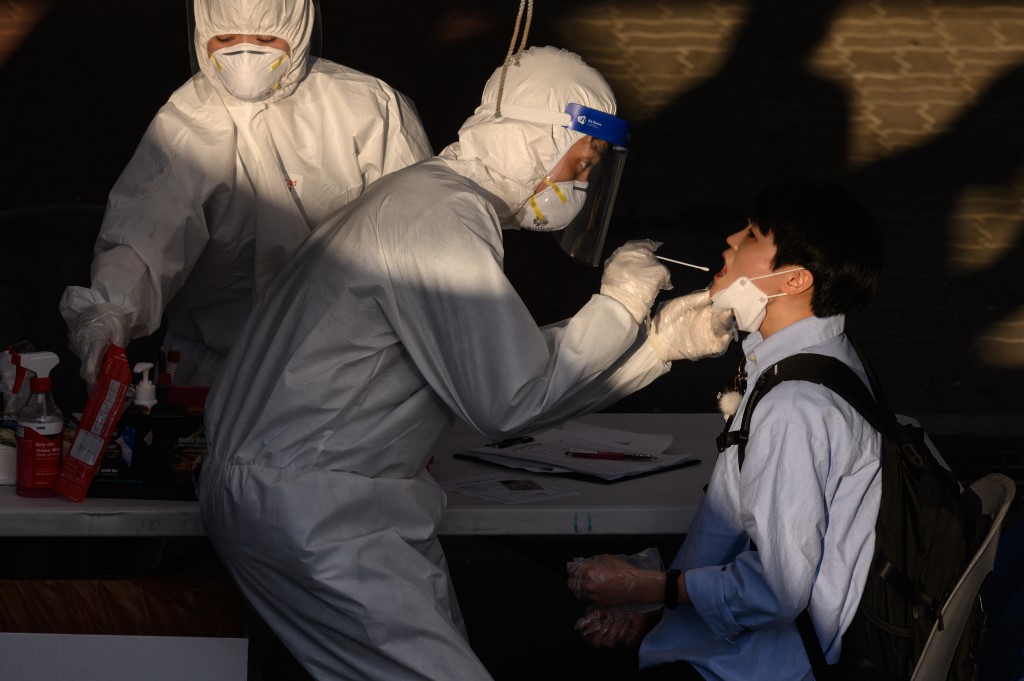 A health worker administers a swab at a temporary COVID-19 novel coronavirus testing centre in Bucheon, south of Seoul, on May 27, 2020.  (Photo: AFP)

The country has been held up as a global model in how to curb the virus and has begun to ease restrictions, but is now rushing to contain new infections as life returns to normal.

Officials announced 79 new cases Thursday -- taking its total to 11,344 -- with most fresh infections from the densely populated Seoul metropolitan area.

It was the largest increase since 81 cases were announced on April 5.

An outbreak at a warehouse of e-commerce firm Coupang in Bucheon, west of Seoul, has seen 69 cases, said the Korea Centers for Disease Control and Prevention.

Around 4,100 workers and visitors to the building were under self-isolation, with more than 80 percent tested so far, vice health minister Kim Gang-lip told reporters.

"We are expecting the number of new cases linked to the warehouse to continue rising until today as we wrap up related tests," he added.

Social distancing rules have been relaxed in South Korea and facilities such as museums and churches have reopened. Some professional sports -- including baseball and soccer -- started new seasons earlier this month, albeit behind closed doors.

Students have been returning to classes since last week, although some schools were forced to turn away their pupils over concerns of new virus cases in their neighbourhood.

The country endured one of the worst early outbreaks of the disease outside mainland China, and while it never imposed a compulsory lockdown, strict social distancing had been widely observed since March.

But it appears to have brought its outbreak under control thanks to an extensive "trace, test and treat" programme.