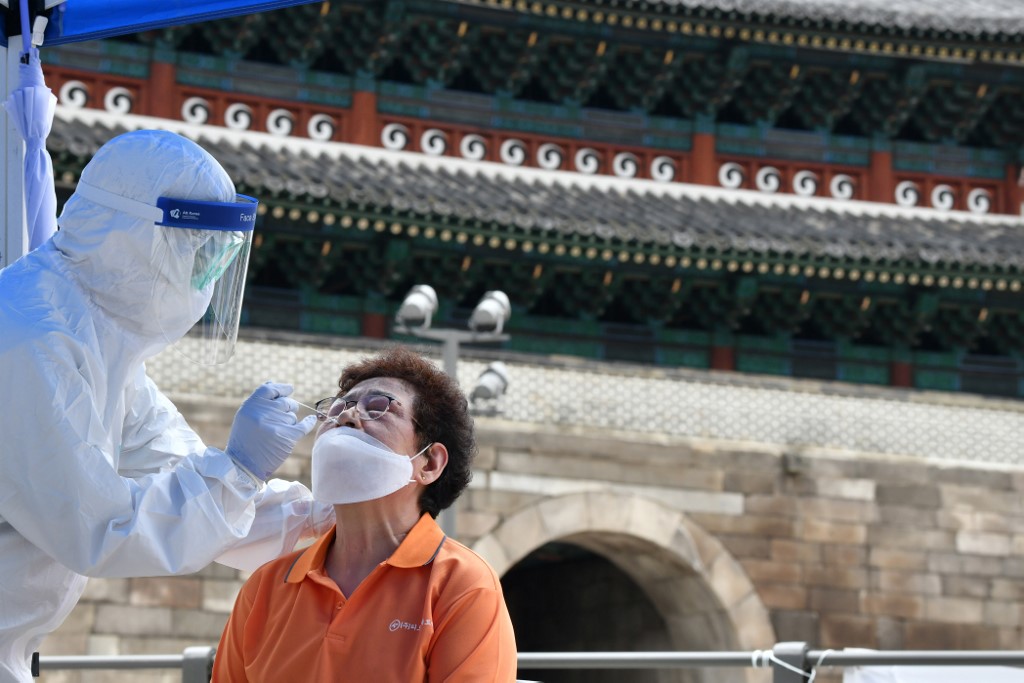 South Korea tightened coronavirus measures on Saturday in Seoul and its surrounding areas as the country reported the highest number of new daily infections in more than five months.

The stricter social distancing guidelines include restrictions on gatherings and activities including professional sports, which will be played behind closed doors in the capital area again.

The move came as South Korea reported 166 new cases on Saturday, the highest daily figure since early March, bringing the country's total infections to 15,039 with 305 deaths.

South Korea stands at a "critical juncture" in the battle to control the coronavirus surge, Prime Minister Chung Sye-kyun said at a government response meeting.

"Our top priority is to contain the spread of the virus in the greater Seoul area."

A majority of the new cases came from the greater Seoul region -- home to half of the country's 51 million people -- raising fears about a major spike with a three-day weekend starting in South Korea from Saturday.

Despite the outbreak and calls to avoid large gatherings, thousands of right-wing protestors rallied against President Moon Jae-in's centre-left government in the heart of Seoul on Saturday. Around 20,000 participated, according to the Yonhap news agency.

South Korea endured one of the worst early outbreaks outside mainland China but brought it broadly under control with extensive tracing and testing while never imposing the kind of lockdowns ordered in much of Europe and other parts of the world.

The country has been seen as a model on how to combat the pandemic with the public largely following safety health measures such as face masks.

It even started allowing limited numbers of spectators at sports games in July -- which was reversed for the greater Seoul region on Saturday.