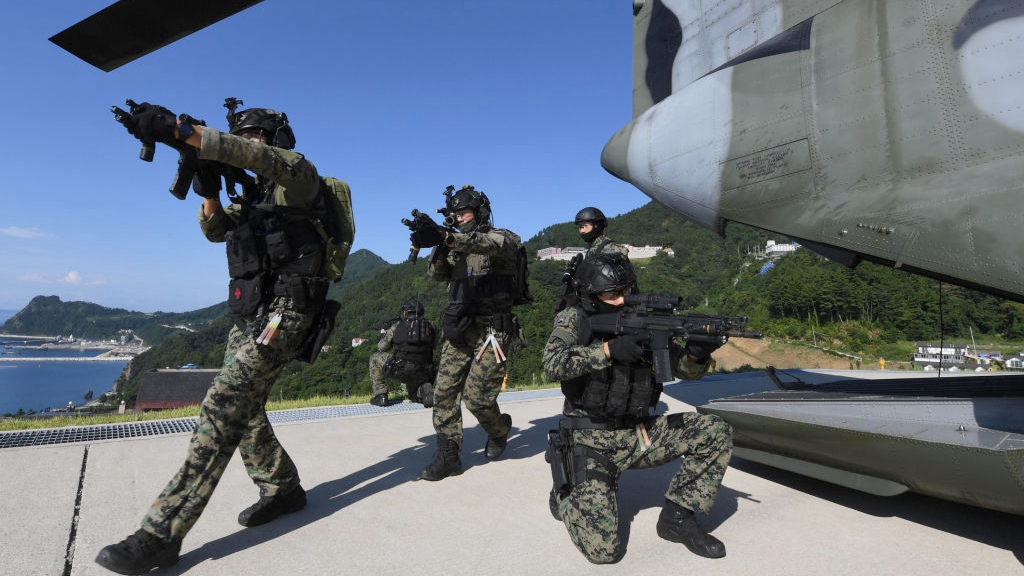 The maritime exercise, called the East Sea Territory Protection Exercise, will be staged Tuesday near the Dokdo islets, called Takeshima by Japan.

"As a regular joint exercise, the upcoming drill is aimed at responding to threats to our territory, people and properties," a military official said.

The exercise, which has been held usually twice a year since 1986, would reportedly mobilize naval and coast guard vessels, fighter jets and maritime patrol aircraft. No landing drill will be carried out given the ongoing COVID-19 pandemic.

Japan has protested against the exercise as it laid territorial claims to the rocky outcroppings lying halfway between the two countries. An official from the South Korean Foreign Ministry said Monday that Japan had called off planned talks between South Korean President Moon Jae-in and Japanese Prime Minister Yoshihide Suga during the Group of Seven summit in Britain in protest against the drill, Yonhap reported.

South Korea regained its sovereignty over the islets after liberation from the 1910-1945 Japanese colonization of the Korean Peninsula. The islets were incorporated into Japan during the colonization.

Bilateral ties between Seoul and Tokyo have deteriorated in recent years over a series of disputes on history and trade.