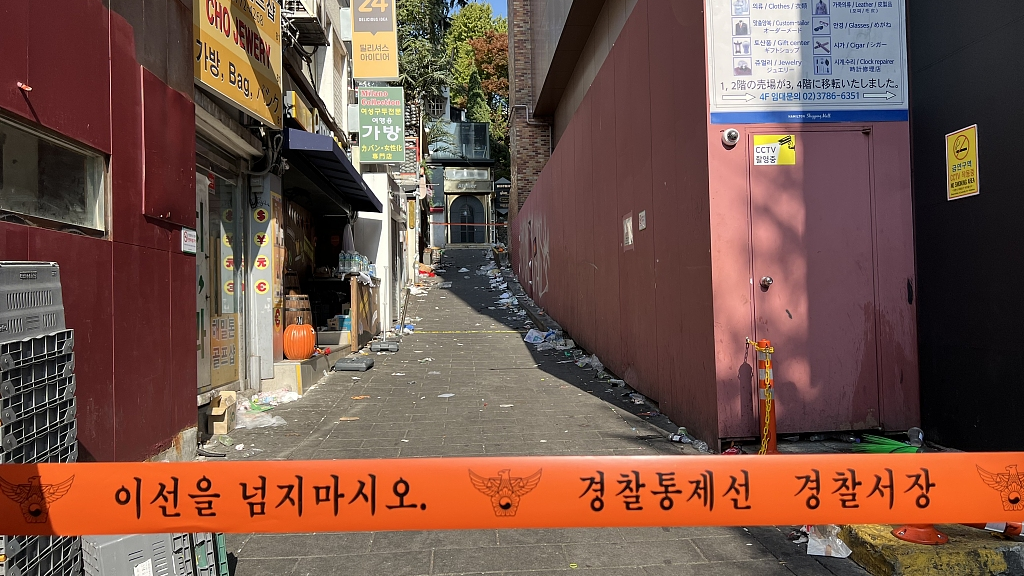 The alley near the stampede in Itaewon is still closed, Seoul, South Korea, October 31, 2022. (Photo: CFP)

Previously, the Democratic Party proposed dismissing Lee in order to hold him accountable for the "Itaewon stampede."