WORLD South Korea to ship coronavirus tests to US this week: report

South Korea to ship coronavirus tests to US this week: report

South Korean firms will make their first shipment of coronavirus tests to the United States this week after a request by US President Donald Trump, Yonhap news agency reported Monday. 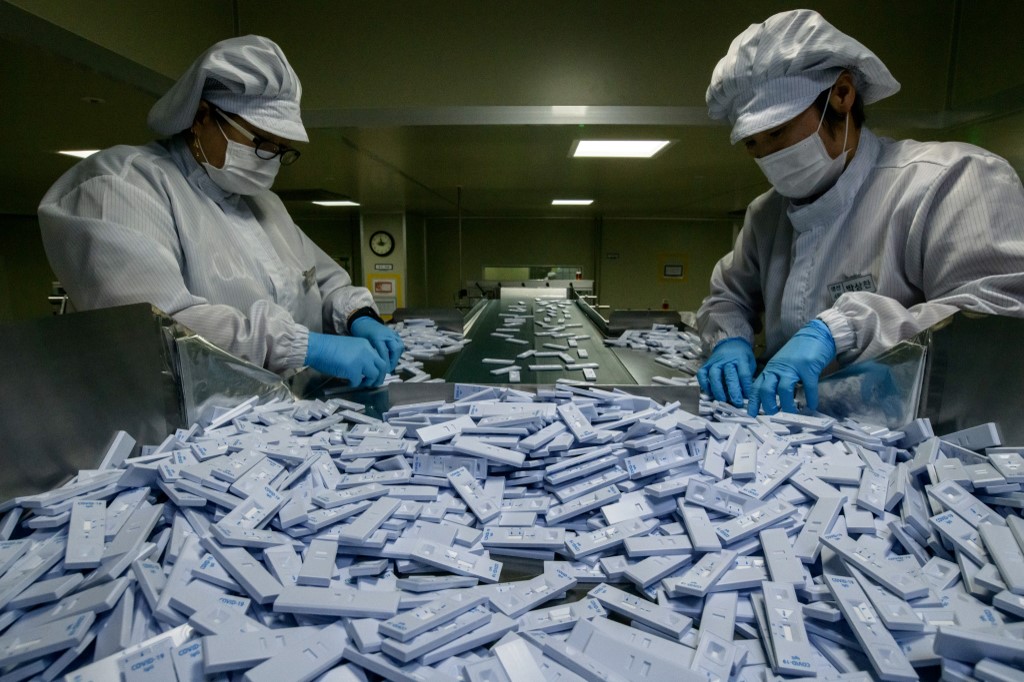 Sample testing devices used in diagnosing the COVID-19 novel coronavirus are checked on a production line as they are prepared to be included in testing kits for shipment at the SD Biosensor bio-diagnostic company near Cheongju, south of Seoul on March 27, 2020. (Photo: AFP)

The US has more confirmed COVID-19 cases than anywhere else in the world and also has the highest toll, with more than 22,000 deaths.

In contrast South Korea was once one of the hardest-hit countries, but appears to have brought its outbreak under control with a huge "trace, test and treat" strategy.

It has tested more than half a million people in a process free to anyone referred by doctors or those who have links to a confirmed case.

The Trump administration has been accused of being slow to respond to the outbreak, although the president now regularly re-iterates that the US has tested more individuals than any other country.

After a phone conversation with him last month, South Korean President Moon Jae-in said Trump had asked for test kits.

The firms are among three South Korean companies that won interim approval from the US Food and Drug Administration, the report added, without specifying the quantities involved or the manufacturers.

A foreign ministry spokeswoman confirmed to AFP that a shipment of tests would be sent on Tuesday but declined to go into details.

South Korean test kit maker SD Biosensor told AFP last month that it was making 350,000 tests a day and would increase output to a million a day from April, with an eye on exports.

More than 70 percent of the South's 10,537 confirmed coronavirus patients had recovered as of Sunday, according to South Korean health authorities.