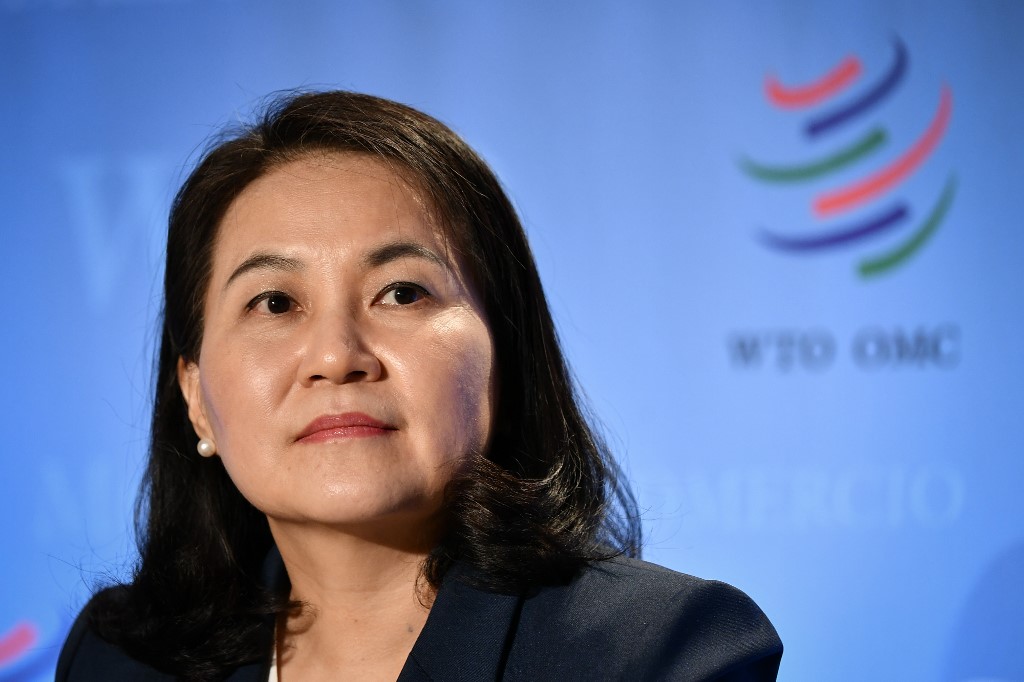 Yoo had consulted with the United States -- her prime backer -- and other major countries and "decided to renounce her candidacy", South Korea's trade ministry said in a statement.