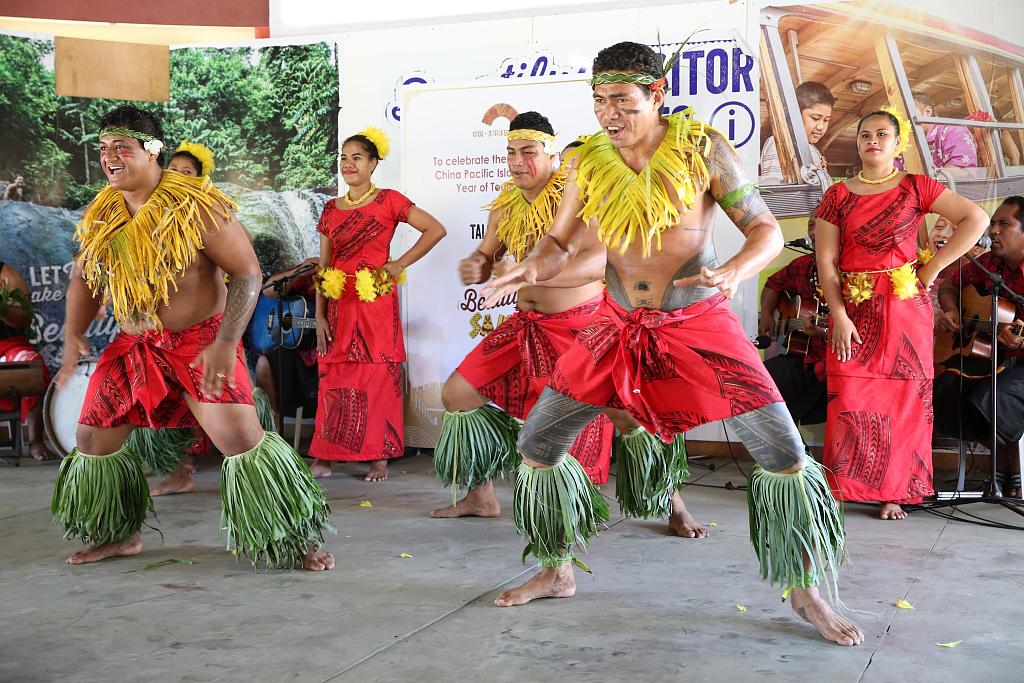 In an interview with Xinhua on the sidelines of the third China-Pacific island countries (PIC) Economic Development and Cooperation Forum held in Samoan capital of Apia on Monday, Chris Cocker, CEO of the Suva-based South Pacific Tourism Organization (SPTO), said they are excited the China-PIC Tourism Year (CPTY), launched in Apia in April this year, has been on a smooth development.

"Since the official launch of the China-Pacific tourism year in April, our members have been holding workshops and orientation activities at country level for their respective tourism industry members on how they can cater for the Chinese market. This will help them make the anticipated Chinese market enjoy what the region has to offer," he said.

"We are working with relevant authorities in China in terms of marketing the region to the niche markets that we anticipate attracting."

In addition to this, he continued, they have had two exchange visits in July this year, the first was by a delegation of staff from Pacific National Tourism Offices and the SPTO who were in Guangzhou, China's southern Guangdong Province from June 25 to July 4 to attend the Tourism Human Resource Development and Training Program.

The Pacific region sees the China-PIC Tourism Year (CPTY) as a drive to boost the mutually-beneficial cooperation.

"The CPTY 2019 serves as a platform to introduce the Pacific to China and vice versa as well as build people-to-people connectivity between both regions. To further enhance people-to-people connectivity, the SPTO has also developed the China Pacific Tourism Development Initiative 2020-2024, in close collaboration with the Chinese Ministry of Culture and Tourism," he said.

The initiative has been endorsed by SPTO's Council of Ministers as a way forward to build on the momentum established by the CPTY 2019; and a collaborative, innovative and transformative approach to improve Pacific lives and accelerate the growth of the Pacific regional economies.

The main beneficiaries of the initiative will be the SPTO member countries' tourism industry as this will help create a lot of jobs in the region.

In his view, China has continued to be an important emerging market for the SPTO's 20 Pacific Island government members.

"Tourism is, in fact, a key driver of the world economic growth. China now is not only the fastest growing tourism source market for the world, but also for the South Pacific region. We warmly welcome more Chinese tourists and hope they can help us maintain the sustainable development of our region's tourism industry," he said.

"The Chinese market accounts for 5.8 percent of total air visitor arrivals to the Pacific region in 2018. It is the fastest growing emerging market in the Pacific and economic opportunities will be tremendous, if growth continues in a sustainable manner."

Chris regards the Belt and Road Initiative (BRI) as a new blueprint for open and inclusive regional cooperation, saying that through the BRI, China has announced its plans to assist countries along the BRI, which includes the Pacific islands countries, in the five key cooperation priorities which are policy, infrastructure, trade, financial and people-to-people connectivity.

"The BRI has provided a new blueprint for open and inclusive regional cooperation, which will bring peaceful development, mutual benefit, and win-win results. In this blueprint, tourism is meant to be of great importance as a driver of regional cooperation, peace and economic growth for the Pacific region, " he said.

According to Chris, tourism has proven to be a continually strong performer generating economic growth. The sector's contribution to the region was valued at 3.8 billion U.S. dollars in 2018. Tourism's contribution to the region's GDP was around 11 percent and the number of Pacific people directly employed by the industry was around 131,000. Total number of air visitor arrivals into the Pacific was 2.1 million and cruise arrivals was 1 million.

In his point of view, the future looks positive with the World Bank predicting a 3-percent annual growth on average in regional tourism, of which the Pacific is set to benefit.

He said the Pacific's greatest assets are islands, oceans, people and culture. Through tourism as a driver, they can promote and protect these great assets by developing and implementing collaborative innovative initiatives at all levels.

"We are happy and ready to work together with China to find more cooperative opportunities, which will produce win-win outcomes to China and our Pacific region," he said.