The spread of the coronavirus has been accelerating in South and Southeast Asia on Friday as India reported over 20,000 cases for the first time, while the Philippines recorded its biggest daily jump of 1,531 new infections. 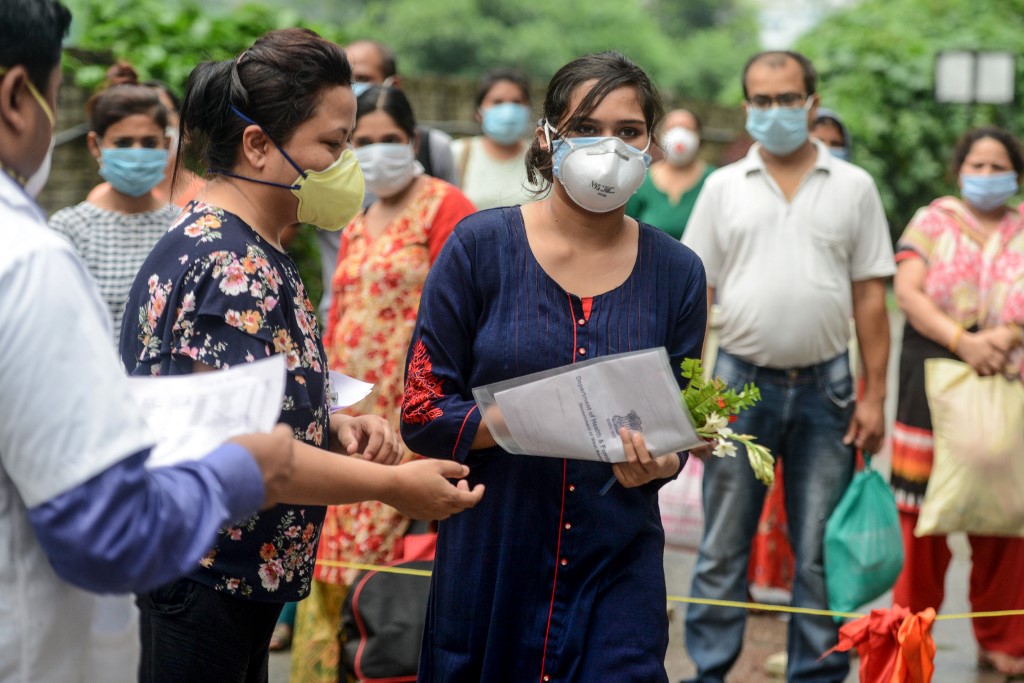 Medical staff hands over certificates and flowers to a patient (C) recovered from the COVID-19 coronavirus after their discharge on the occasion of the Indian National Doctors' Day at a hospital in Siliguri on July 1, 2020. (File photo by AFP)

India's health ministry on Friday morning said 379 new deaths and 20,903 positive cases were reported during the past 24 hours across the country, taking the number of deaths to 18,213 and total cases to 625,544.

According to ministry officials, so far 379,892 people have been discharged from hospitals after showing improvement.

In the Philippines, the number of positive cases soared to 40,336 after the Department of Health (DOH) reported 1,531 new cases on Friday, the country's biggest single-day increase so far.

The DOH said in its bulletin that the number of recoveries further rose to 11,073 after 400 more patients have survived the disease.

The death toll also increased to 1,280 after six more patients have succumbed to the viral disease, the DOH said.

The number of confirmed cases in Bangladesh reached 156,391 as 3,114 new cases were confirmed in the last 24 hours.

A total of 42 deaths were reported in the last 24 hours across Bangladesh, taking the fatalities to 1,968.

According to him, 901 more people were discharged from hospitals, bringing the total number of recovered patients to 27,568.

Within the past 24 hours, 772 tests were conducted across the country, and 302 were positive, the ministry said in a statement.

The death toll has reached 819 since the outbreak of the pandemic in the country in February, an increase of 12 within the past 24 hours.

South Korea reported 63 more cases of the COVID-19 compared to 24 hours ago as of 0:00 a.m. Friday local time, raising the total number of infections in the country to 12,967.

The daily caseload rose above 60 in five days amid the continued small cluster infections and imported cases. Of the new cases, 11 were imported from overseas, lifting the combined figure to 1,619.

No more death was confirmed, leaving the death toll at 282.