South Sudan armed opposition on the spot for war crimes 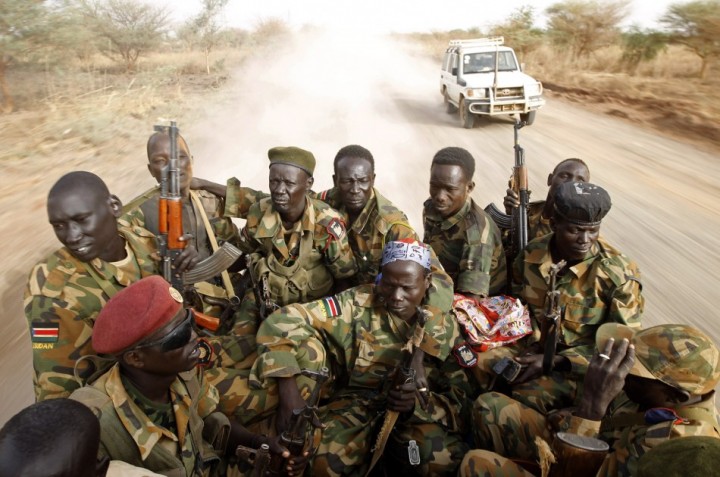 South Sudan's armed opposition abducted women and girls as young as 12 and lined them up so commanders could choose “wives,” and those not selected were left to be raped repeatedly by other fighters, a new UN report said Thursday.

The report, based on victim and witness accounts, gives new details on the surge in violence and abuses that occurred even as South Sudan's rivals negotiated the latest agreement to end a five-year civil war.

“Most of the abducted civilians are, as far as we know, still being held captive,” new UN human rights chief Michelle Bachelet said in a statement.

The report focuses on the Western Equatoria region between April and August, saying 900 people were abducted and some 24,000 people forced to flee their homes as fighting surged after months of relative calm. It says opposition forces attacked at least 28 villages and a refugee camp, and abducted young men and boys were made to be fighters or porters.

One survivor said she was “tied to a tree and raped by two fighters until she passed out due to pain and bleeding. When she regained consciousness, she was threatened with rape again.”

While the report also notes “harm to civilians” by South Sudanese troops, it focuses on the armed opposition led by Riek Machar. It notes that the human rights division of the UN peacekeeping mission in South Sudan has identified three opposition commanders “who allegedly had effective command and control of the forces committing these abuses, which may amount to war crimes.” The report does not name them.

The armed opposition “doesn't have a policy of harassment towards civilians,” spokesman Lam Paul Gabriel told The Associated Press. “Our duty as a movement is to protect civilians and their properties at all times.” He said the opposition was being blamed for the actions of other armed groups in the region but said it would investigate the allegations.

This is just the latest in a series of reports by the UN and others that have described civilians being raped, shot, hung, tortured and burned. Often the reports say South Sudanese government troops are largely to blame but opposition forces also have been accused.

South Sudan's latest attempt at a peace deal returns Machar once again to his post as deputy to President Salva Kiir, an arrangement that more than once has led to deadly violence. The civil war erupted in late 2013, just two years after the world's youngest country won independence from Sudan, when fighting broke out between supporters of Kiir and Machar largely along ethnic lines.

A report last month estimated that the civil war has caused more than 380,000 deaths either through violence or disease as humanitarian efforts struggle in what has been called the world's most dangerous country for aid workers.

“The abuses in the UN report are horrendous and stress the devastating impact that the continued impunity by forces has had on civilians, especially women and girls,” Nyagoah Pur, a researcher in the Africa division of Human Rights Watch, told the AP, calling for the speedy establishment of a long-promised hybrid court in South Sudan to prosecute abuses.