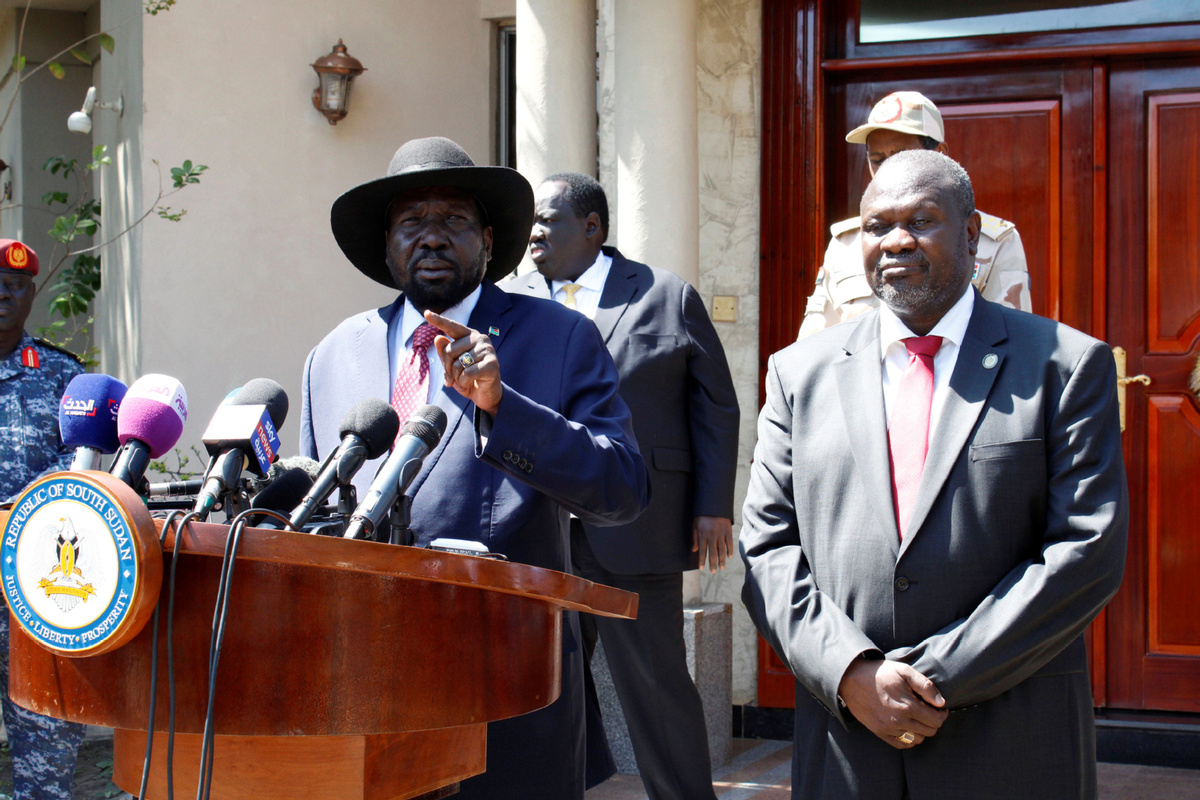 South Sudan's President Salva Kiir speaks during a news statement with Riek Machar, former vice president and rebel leader, after their meeting in which they have reached a deal to form a long-delayed unity government in Juba, South Sudan Dec 17, 2019. (Photo: Agencies)

JUBA - South Sudan President Salva Kiir and ex-rebel leader Riek Machar on Tuesday agreed to form a unity government by mid-February 2020 at the expiry of the 100-day extension to the peace agreement.

Kiir said he had agreed with Machar to form a new unity government even if the parties failed to implement all the outstanding issues at the end of the 100-day extension period.

"We have said that after the end of the 100 days extension period we must finish forming a new unity government, and if there are still pending things not complete, we shall form a transitional government of national unity to implement the remaining outstanding issues," Kiir told journalists at a joint news conference in Juba.

Kiir who held a two-hour meeting with Machar at the State House said the current prevailing ceasefire will continue to hold, noting that the parties are committed to ending the conflict.

Machar, Sudan's People's Liberation Movement-in opposition (SPLM-IO), said the parties to the revitalized agreement are committed to creating a political space in a bid to boost the ongoing trust, confidence building among the signatories to implement the remaining tasks.

"We still have numerous challenges to fund the peace implementation, nevertheless, our friends and partners like South Africa would bring medicines, Sudan would donate food, and Ethiopia would offer military uniforms," Machar said.

He acknowledged that the issue of the number of the states and boundaries remains pending, noting that they have agreed to fast-track the implementation of the security arrangements by moving the forces to the cantonment sites including training them in a bid to form a unified army.

"Those who are spreading rumors that the war would break out in Juba soon are the enemies of peace. We will do everything possible not to return South Sudan to conflict," Hemeti said.

Kiir and ex-rebel leader Machar agreed last month to delay the formation of a unity government by more than three months.

South Sudan descended into civil war in late 2013 and the conflict has created one of the fastest-growing refugee crises in the world, displacing 4 million South Sudanese internally and externally.