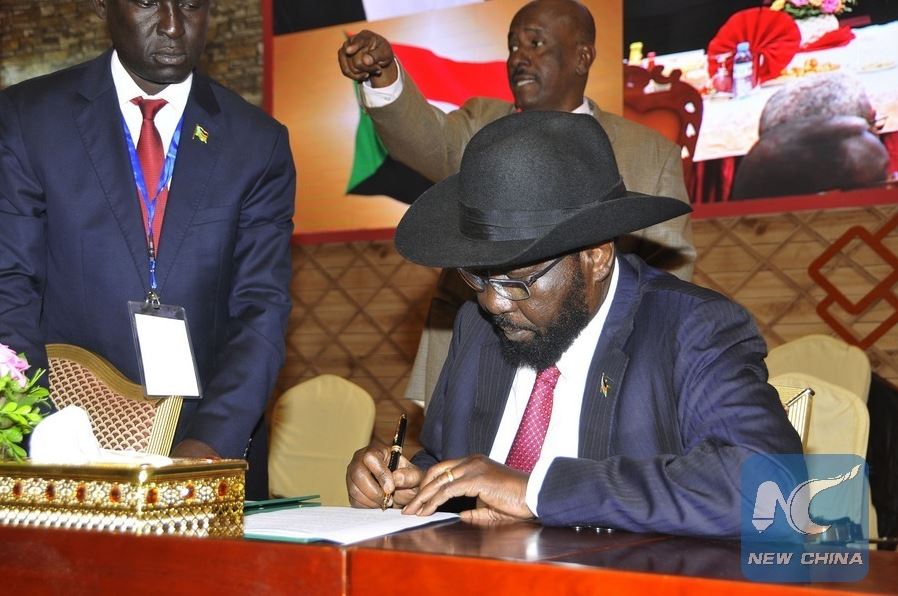 South Sudanese President Salva Kiir and rebel leader Riek Machar are meeting in Uganda in a new bid to end the nearly five years of conflict.

Oryem said the meeting aims at resolving the outstanding issues on governance and power sharing arrangements in South Sudan.

"The leaders are here as part of the continuation of IGAD (The Intergovernmental Authority on Development) peace process. The leaders will try to resolve the key pending issues on governance and power sharing arrangements," Oryem said.

"We are all hopeful the leaders will agree and resolve these key pending issues in order to end the crisis and bring the lasting peace in South Sudan," he said.

The meeting is held at State House Entebbe, about 40 kilometers south of the capital Kampala, on the invitation of President Museveni.

Okello said Kenyan President Uhuru Kenyetta is also expected to join the leaders in the discussions.

Sudan last week hosted a new round of talks between President Kiir and Machar, attended by Museveni in the Sudanese capital, Khartoum.

Kiir and Machar signed a framework agreement providing for a ceasefire in the talks that reviewed the outstanding issues between the two warring parties relating to governance and security arrangements.

The South Sudan government and the opposition group representatives signed a security agreement in Khartoum on Friday.

South Sudan has been suffering from a civil war since December 2013, following a conflict between Kiir and his former vice president Machar, which has left tens of thousands of South Sudanese dead and around 4 million others displaced.