An estimated 45 million people in southern Africa are food insecure, with the number of people without access to adequate affordable and nutritious food up 10% from last year, the World Food Program said Monday. 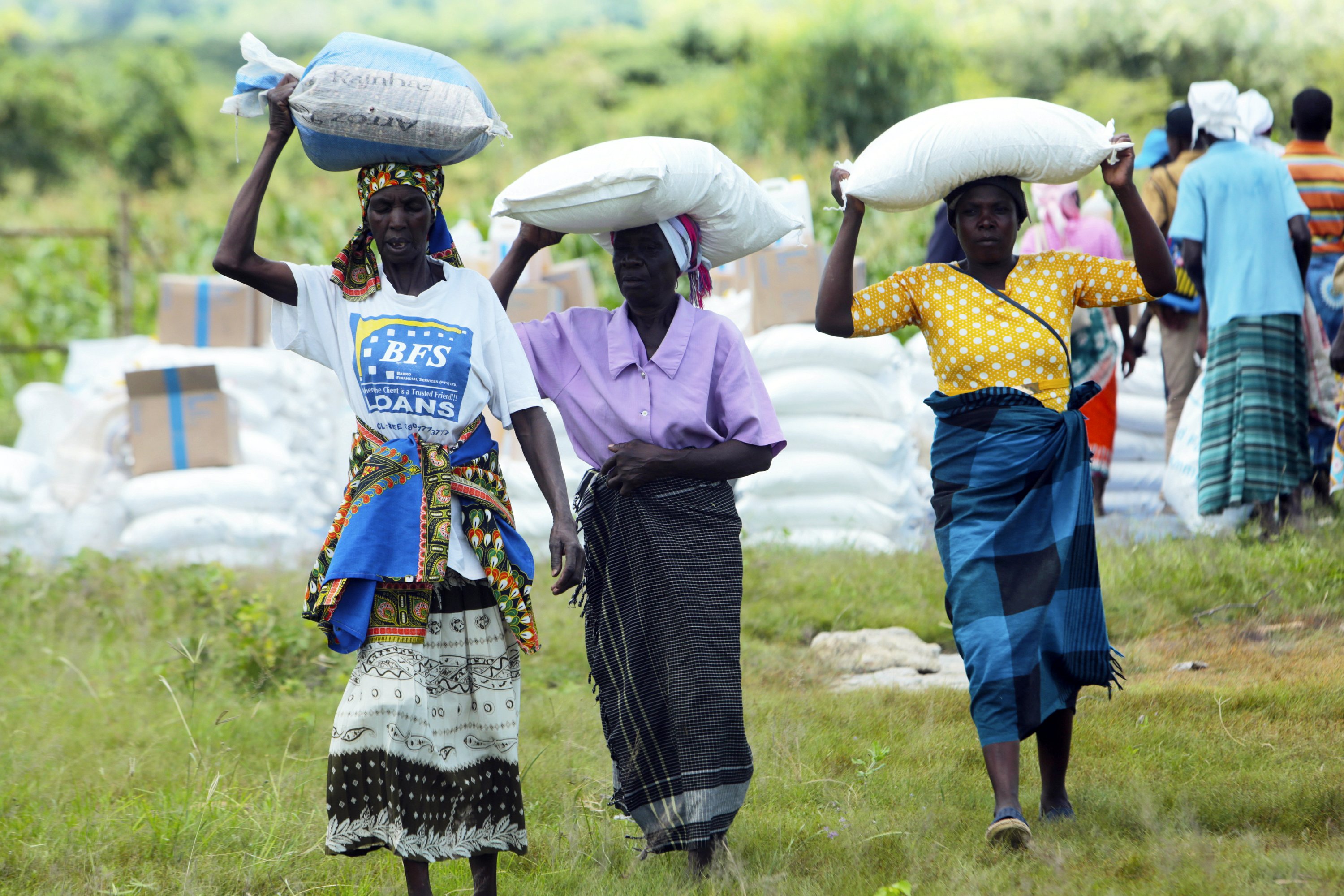 In this Thursday, Feb, 20, 2020 file photo, women carry bags of maize during a food aid distribution excercise in Mudzi about 230 kilometres northeast of the capital Harare, Zimbabwe. (Photo: AP)

The COVID-19 pandemic, coupled with climate change and the struggling economies of several countries, are the main causes of the food insecurity, said international aid organizations in a webinar organized by the Foreign Correspondents Assocition of Southern Africa.

Zimbabwe is the worst affected country, with its number of food insecure people expected to reach 8.6 million by the end of this year, World Food Program director in southern Africa, Lola Castro, said.

"We are going to see levels of food insecurity that we have never seen for many years," in 13 of the region's 16 countries, Castro said.

"We have chronic underlying causes that we know very well, and they are basically mostly related to climatic shocks ... drought, floods or big cyclones," said Castro.

She said COVID-19 was an additional emergency that has enormously hurt the livelihoods of many poor people in the region. Lockdowns have made large numbers of people unemployed, increasing food insecurity, she said.

Many farmers, especially women, had been severely affected by COVID-19 and its impact on food production, said ActionAid Africa humanitarian advisor, Chikondi Chabvuta.

"Southern Africa has faced impacts of climate change for the past four years nonstop. ... I have witnessed the short-lived hope in people's eyes these past four years when seeds are distributed or exchanged in the hope for a better yield next season, only to be disappointed by more climate disasters," she said.

"COVID-19 is exposing the existing systematic weaknesses of the regional policies meant to develop resilient food security," said Chabvuta. "This includes reliance on imports for agricultural production for food supply."

Zimbabwean farmer Juliet Hove said lack of access to water and the markets were also major problems for small-scale farmers in her country.

According to Hove, COVID-19 restrictions on movements were preventing small-scale farmers from traveling to marketplaces to sell seeds and produce, reducing their ability to earn an income.