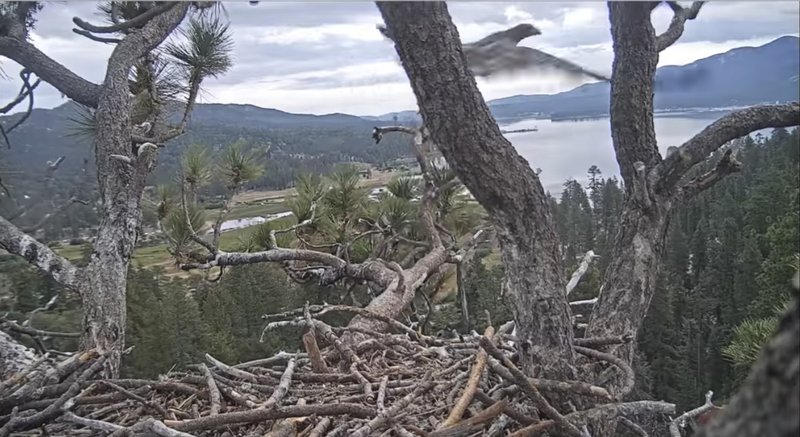 A young bald eagle that the public watched hatch online in a Southern California mountain nest has finally made its first flight.

Bald eagles typically make an inaugural flight between 10 and 12 weeks of age, but this one waited until he was 14 weeks old.

Forest Service biologist robin Eliason says the bird will stay close to his parents over a few months to learn hunting skills and then will likely leave the area.

The eagle’s mother laid two eggs in the nest near Big Bear Lake in March and two eaglets hatched in April.

The nest cam showed one eaglet died during a late winter storm on Memorial Day weekend.