Southwest pilots association sues Boeing for misleading them on 737 MAX 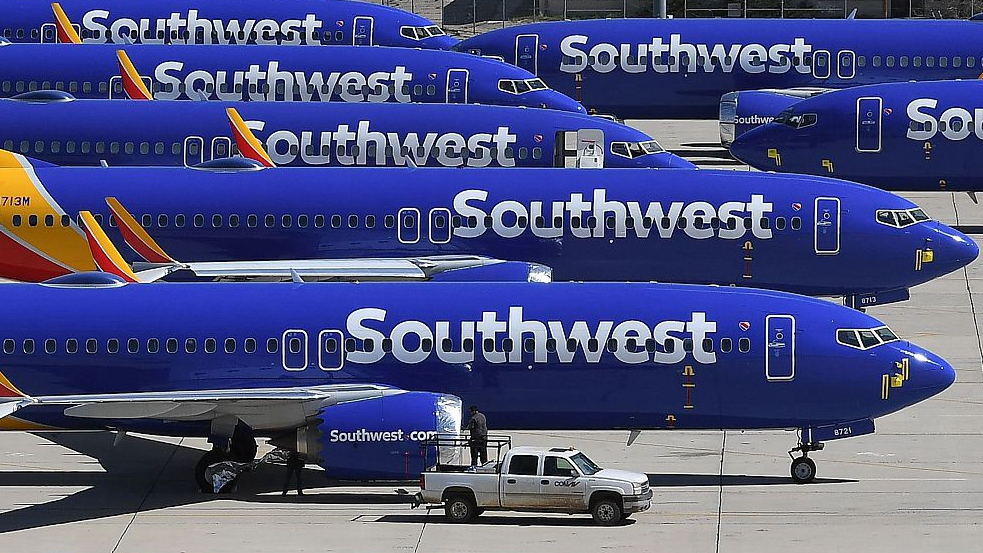 The Southwest Airlines Pilots Association (SWAPA) said on Monday it had filed a lawsuit against Boeing Co. alleging that the planemaker "deliberately misled" the airline and pilots about its 737 MAX aircraft.

The grounding of the 737 MAX in March has wiped out more than 30,000 Southwest Airlines flights, causing over 100 million U.S. dollars in lost wages for pilots, the union said.

Southwest is the largest operator of the MAX with 34 jetliners in its fleet when the aircraft was grounded worldwide following two fatal crashes that together killed 346 people.

The lawsuit, filed in the District Court of Dallas County, Texas, alleges that Boeing "abandoned sound design and engineering practices, withheld safety critical information from regulators, and deliberately misled its customers, pilots and the public about the true scope of design changes to the 737 MAX."

Boeing spokesman Chaz Bickers said, "While we value our long relationship with SWAPA, we believe this lawsuit is meritless and will vigorously defend against it."

The planemaker will continue to work with Southwest and its pilots on efforts to safely return the MAX to service, he said.

Boeing is under pressure to deliver updated software and training to regulators in order for the aircraft to fly again, and has been negotiating compensation with customers like Southwest over the financial hit from the grounding.

"We have to be able to trust Boeing to truthfully disclose the information we need to safely operate our aircraft. In the case of the 737 MAX, that absolutely did not happen," said SWAPA President Captain Jon Weaks.

He said it is "critical" that Boeing takes whatever time is necessary to safely return the MAX to service, but added that pilots "should not be expected to take a significant and ever-expanding financial loss as a result of Boeing's negligence."

Southwest, with around 10,000 pilots represented by SWAPA, had 41 more MAX jets on order for this year alone. The budget-friendly carrier is scheduling without the MAX until at least early January, pending regulatory approval for commercial flight.

Pilots at American Airlines Group, which so far has canceled MAX flights through early December, have also demanded compensation for lost pay related to the 737 MAX grounding, but have not filed a lawsuit.

Last month, Southwest Chief Executive Gary Kelly promised the airline would share any reimbursement from Boeing over the MAX grounding with its employees.