The Southwest U.S. continued to bake Saturday, and weather forecasters kept warnings in effect for excessive heat in Arizona, Nevada and desert areas, at least through the weekend. 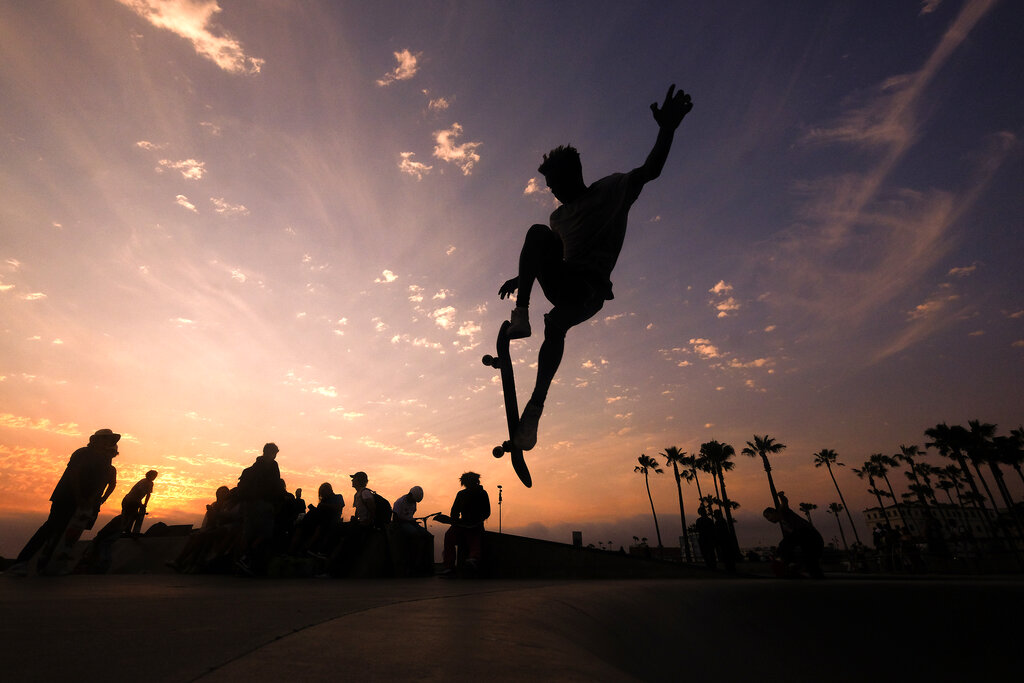 In this Wednesday, June 16, 2021, file photo, a skateboarder is silhouetted as he jumps high at the skateboard park during sunset in the Venice Beach section of Los Angeles. (Photo: AP)

High temperature marks didn’t fall Saturday, but Phoenix reached a sweltering high of 115 degrees (46 C) for the day and Las Vegas hit 111 degrees (44 C). Both were 3 degrees shy of records for the date, forecasters said.

Predicted highs on Sunday of 116 degrees (46.6 C) in Phoenix and 113 degrees (45 C) in Las Vegas were expected to fall short of high marks for June 20, the National Weather Service said.

But Phoenix did set a record Saturday for consecutive 115-degree (46 C) days, meteorologist Isaac Smith said, and Sunday could extend the record to six days.

In Arizona, fire officials blamed extreme heat for the spread of a wildfire that started late Wednesday and grew by Saturday to nearly 27 square miles (70 square kilometers) near Strawberry and Pine, mountain towns east of Interstate 17 between Phoenix and Flagstaff.

Evacuations were ordered Friday while aircraft and about 100 firefighters fought flames in rugged pinyon juniper, chaparral, brush and cactus. Officials reported zero containment and scheduled a virtual community meeting late Saturday on Facebook to update residents on efforts to suppress the fire.

Smith, in Phoenix, and meteorologist Andy Gorelow in Las Vegas said temperatures should ease through the coming week but could again top 110 degrees (43.3 C) in the region next weekend.

Excessive heat warnings remained in effect until late Sunday in the region, also including nearby California and Utah desert areas.